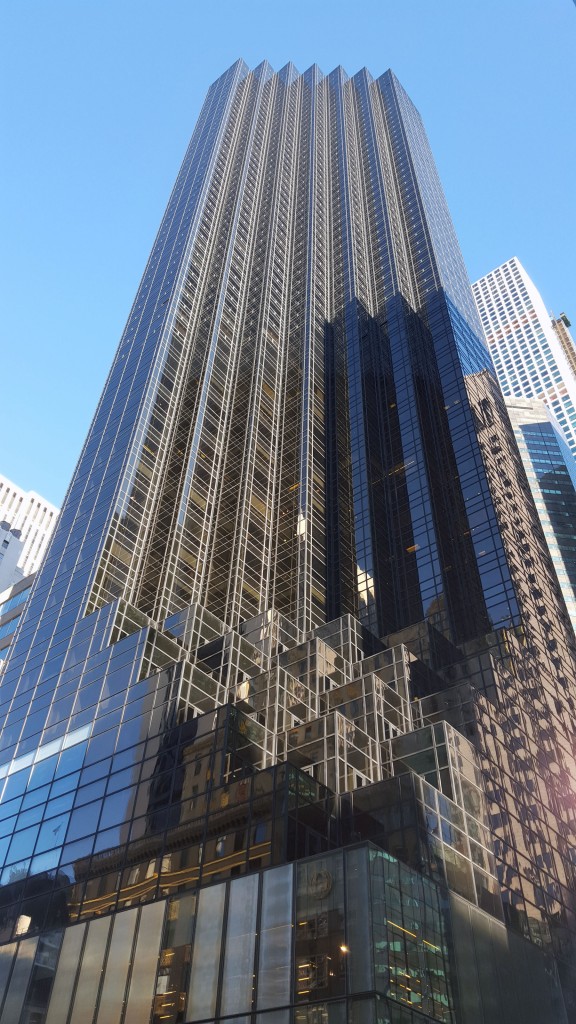 Taken for what it is, Trump Tower at 725 Fifth Avenue is a surprisingly suave entry in the High Tech architectural category.  Designed by Der Scutt for developer Donald Trump and the Equitable Life Assurance Company, the building has lost several of its original grace notes over the years, including the pretty little stepped forest at the 56th Street corner; the rather bizarre interior, with its pink marble water feature and brass-colored escalator handrails, remains intact.

725 Fifth Avenue replaced the magnificent Art Deco Bonwitt Teller store by Ely Jacques Kahn.  Two monumental bas relief sculptures from Kahn’s design were to be incorporated into the present building’s lobby while a vast grille of decorative bronze was promised to the Metropolitan Museum of Art.  Instead Trump had the sculptures smashed while the grille mysteriously vanished from its New Jersey warehouse.

2 for message – zero for delivery.