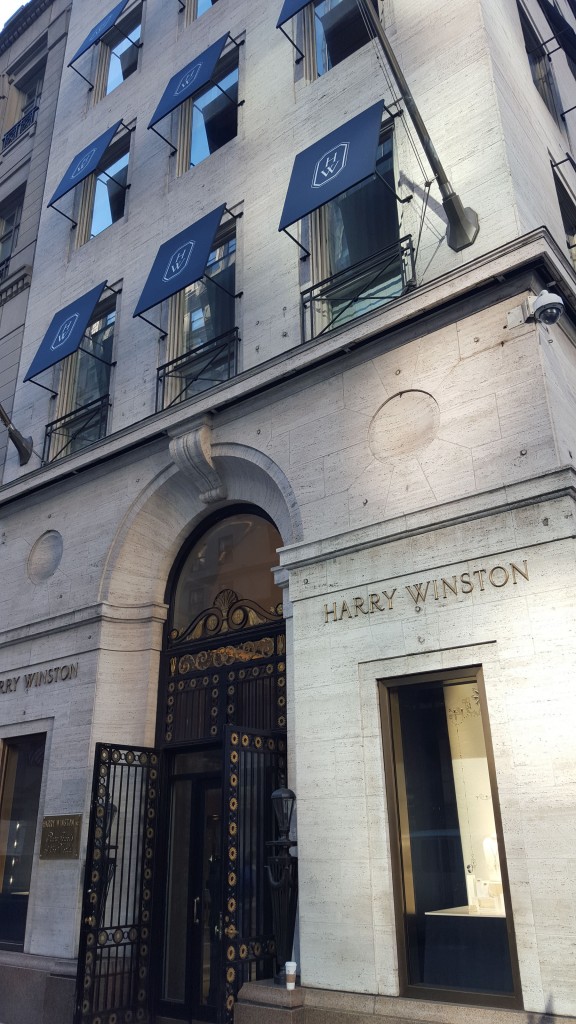 A haughty little cube that suggests the Italian architecture of the 1930’s, 718 Fifth Avenue’s current appearance actually dates to 1960 when the building was redone for Harry Winston by the French architect Jacques Régnault in travertine.

The prior treatment was an uncompromising piece of Art Moderne by William and Geoffrey Platt for the Corning Glass Works that was praised by architectural critic Lewis Mumford, among others. Its replacement has long been derided as kitsch…although comparison with more recent commercial treatments has given it a distinct air of respectability.

The building provides an appropriately stout visual bookend to the facades of 712 Fifth Avenue, directly adjacent to the south.