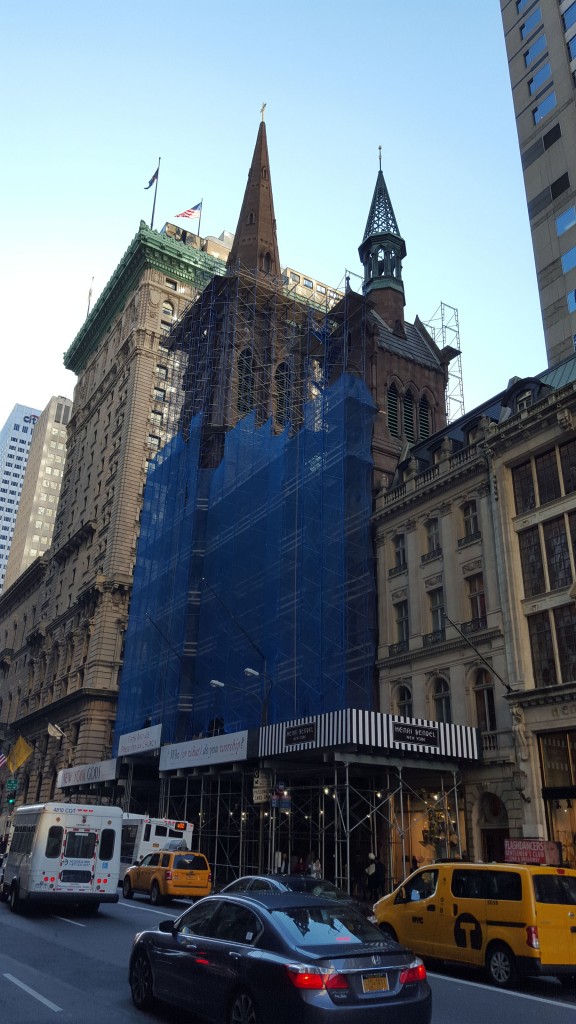 The Fifth Avenue Presbyterian Church, here shown under restoration, is one of the largest Presbyterian congregations in the United States.  Located at 55th Street and Fifth Avenue since 1873, the stupendous Victorian High Gothic building was the tallest in New York City when completed. Designed by the little-known architect Carl Pfeiffer, Fifth Avenue Presbyterian’s impressive exterior contains a scarcely less dramatic interior, with a sloping interior floor and pews arranged to fan out from the sanctuary.  Stained glass includes mid-century work by the artist Eugene Savage.

The clockworks in the tower are original and must be wound by hand.  There are no bells, as it was thought that patients convalescing in a neighboring hospital (now replaced by the Penninsula Hotel) might be disturbed by the noise.

The church has a long history of advocacy for the homeless and was instrumental in founding New York Presbyterian Hospital, one of the city’s most distinguished health centers; it was also the center of the development of Sunday School in the US.