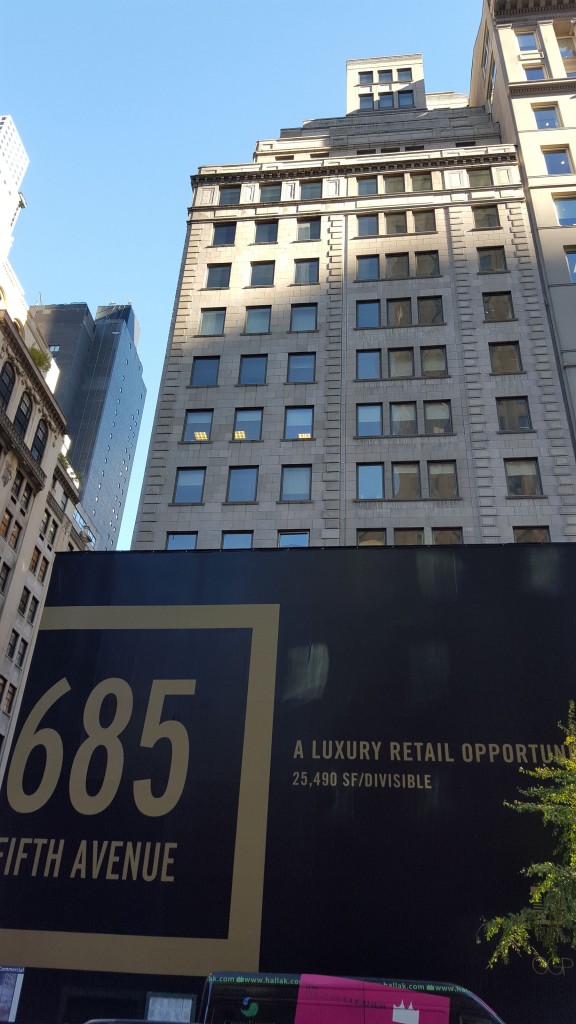 The original buildings can be seen standing together here…and it’s a little hard not to think that the less interesting of the two won out.  However, Kohn & Butler’s wonderful Sucessionist-inspired department store for Namm-Loeser’s in Brooklyn still survives and is a New York City Landmark.

683-685 Fifth Avenue, like so many other buildings in Midtown, is currently being stripped of its lower floors.