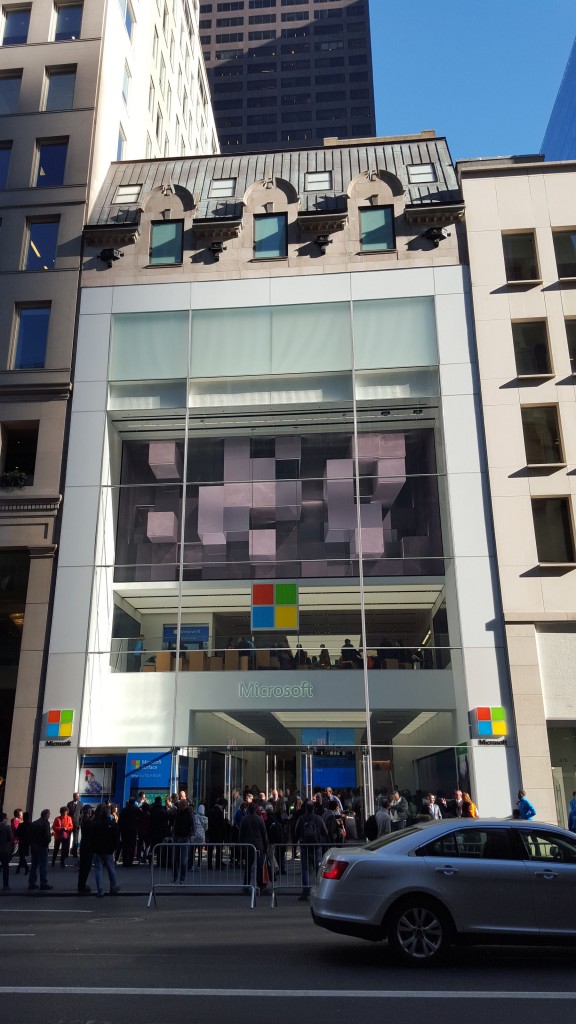 The former New York flagship of Fendi, 677 Fifth Avenue’s remarkable Cor-Ten steel façade was the result of a virtuoso reimagining of the original 1920s building by architect Peter Marino.  It has just last year been replaced by Microsoft with a five-story digital display more befitting Times Square than Midtown.  Original details from the 1920s still grace the roofline but Marino’s travertine and hand-worked plaster interiors have given way to the harsh glare of a suburban shopping mall tech center.

The dumbing-down of a once stylish address.