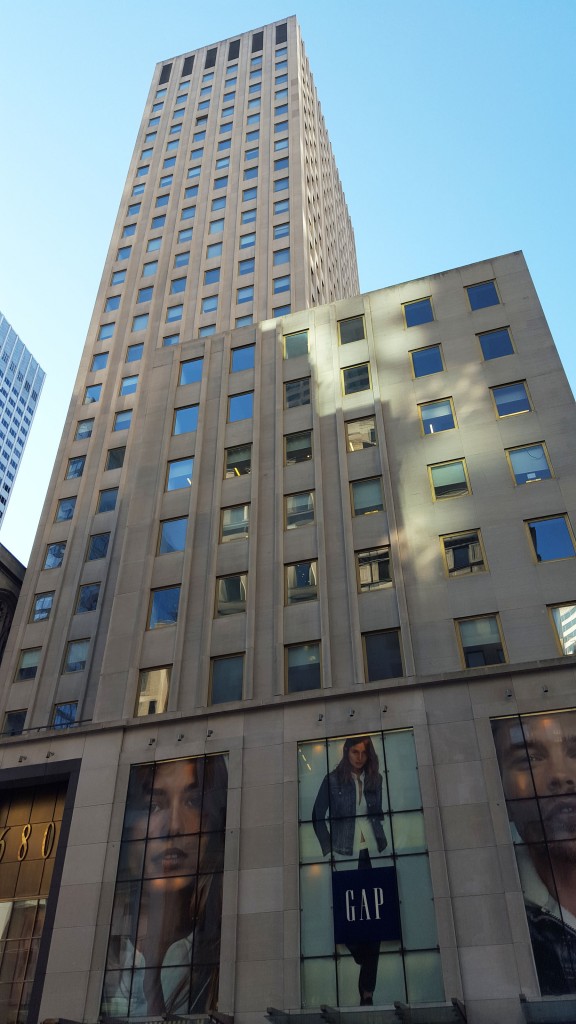 Like numerous nearby buildings, 680 Fifth Avenue is an attempt to suggest the austere limestone cladding of Rockefeller Center.  Completed in 1957 to plans by Egger & Higgins with Marazio & Morris, it was originally known as Canada House in a transparent attempt to echo such buildings as La Mason Francaise and The British Empire Building.  Now known as Buchmann Tower, 680 Fifth Avenue’s lower floors have been decked out in a Postmodern treatment that is not without charm.

Eggers & Higgins themselves continued to produce designs that could be called Art Deco well into the 1950s.  Their astonishing Cathedral of St. Joseph in Hartford, CT, dedicated in 1962, is possibly the last major ecclesiastical work to be built in the US in the style.