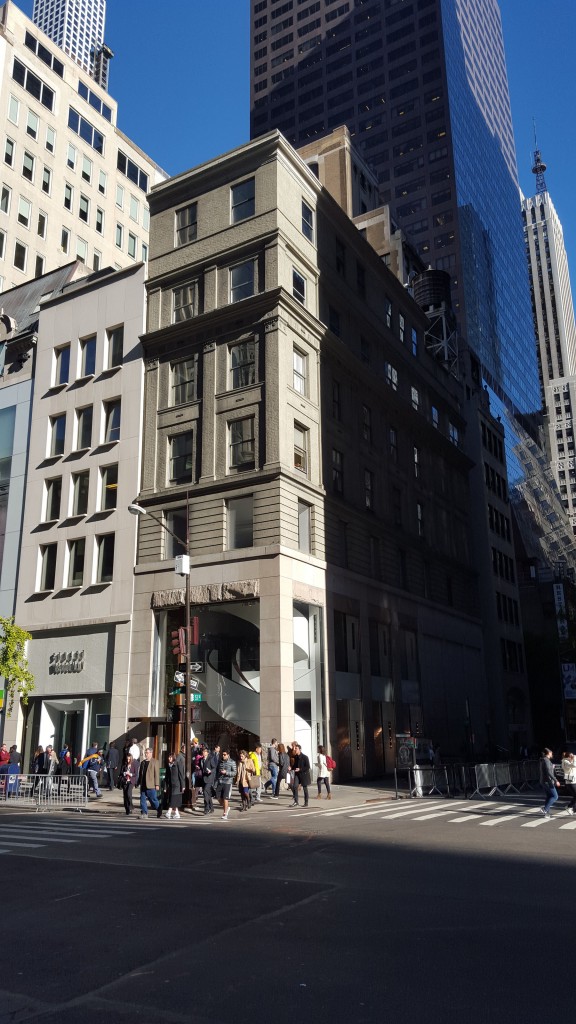 A Beaux Arts Commercial building reworked extensively in the 1980s, 673 Fifth Avenue is perhaps most notable for its eye-catching interior staircase…and given the current spate of renovation, it is impossible to say for how much longer.

Next door to the north, 675 Fifth Avenue’s limestone façade was designed by Henry Allan Jacobs in 1920 and has long ago been stripped of most of its details.  The remains have also been recently replaced and the results are as bland as one could hope to see.