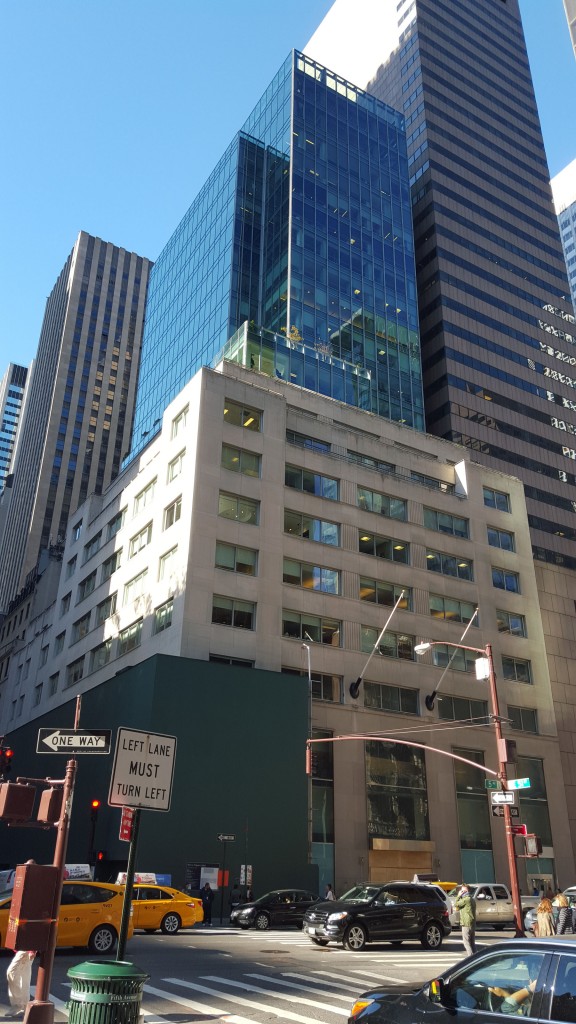 640 Fifth Avenue was designed for the magazine giant Crowell-Colliers and was finished in 1949 to plans by Leonard Schultze & Associates in a Rockefeller Center Moderne mode much in keeping with the Center itself.  Never anybody’s favorite building, 640 Fifth Avenue is further compromised by a jarring addition in 2004 by Kohn Pederson Fox that plopped a glass box on top of the original limestone structure.

The building and its neighbor, 650 Fifth Avenue, rise from the site of the original William H. Vanderbilt Family mansions, a compound of three residences that set the tone for the opulence of New York’s post Civil War period.  Of this period not even the bluestone sidewalk – once the largest single slab ever installed in New York City – remains.