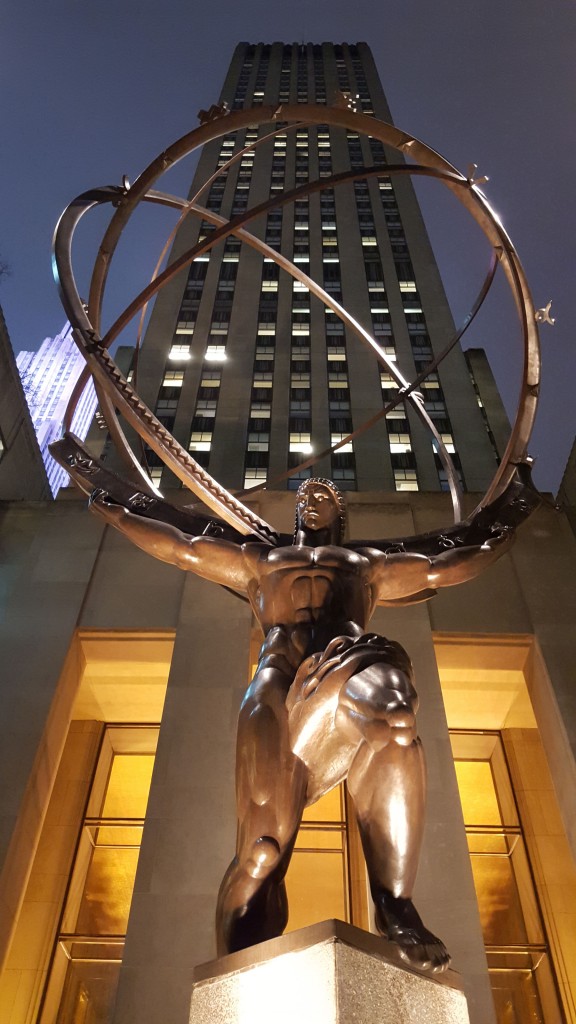 The tallest building of Rockefeller Center to front Fifth Avenue, the International Building at 630 Fifth Avenue was originally planned as a variation on the theme established with La Mason Francaise and The British Empire Building to the south.  The two protruding lower wings of the 41-story skyscraper were to be dubbed the Palazzo D’Italia (626 Fifth Ave.) and Deutsches Haus (636 Fifth Ave.), respectively and marketed to the governments of Italy and Germany.

When World War II broke out abroad, the German interest was canceled and the building rebranded as The International Building.

Surviving from the original conceit are the bronze sculptures ‘The Italian Immigrant’ and ‘Italia’ by Giacomo Manzu and the bas-relief ‘Youth Leading Industry’ by Attilia Piccirilli that adorn the 630 Fifth Avenue’s wing entrances.

Standing in the building’s courtyard, Lee Lawrie’s ‘Atlas’ is one of Fifth Avenue’s most recognizable works of art.

One response to “630 Fifth Avenue, The International Building”