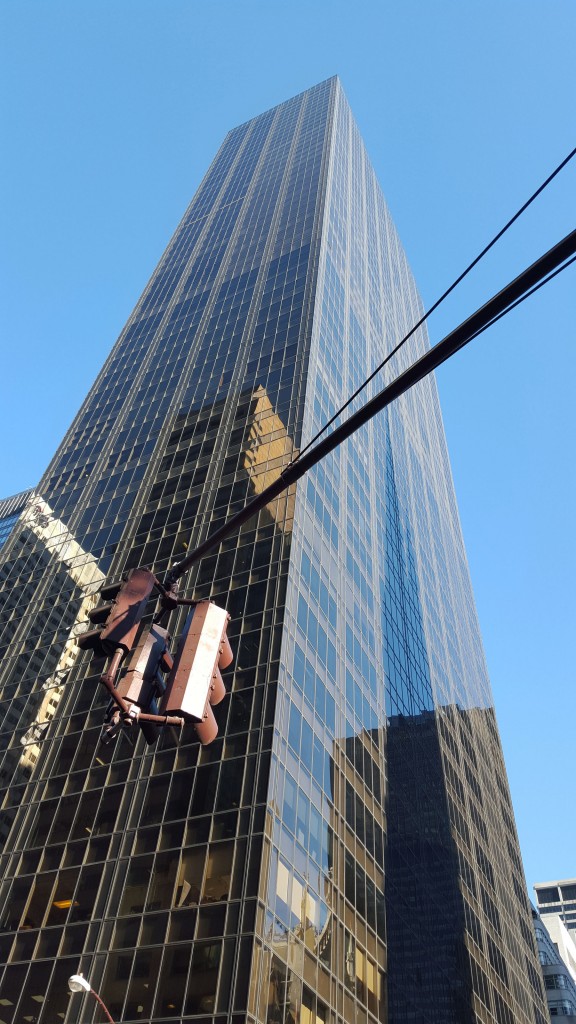 One of Fifth Avenue’s few truly Miesian designs and the first mixed-use structure to be constructed on Fifth Avenue, 645 Fifth Avenue, better known as Olympic Tower, was constructed as a joint venture of Aristotle Onassis and Arlen Realty & Development.  Completed in 1976 to plans by Skidmore, Ownings & Merrill, the building is a work of severe elegance.  Highly popular with the jet-set of its time, its black glass façade provides a glittering contrast to the recently restored limestone of St. Patrick’s Cathedral to the south…as well as, one suspects, inspiration for the later design of Trump Tower several blocks to the north.