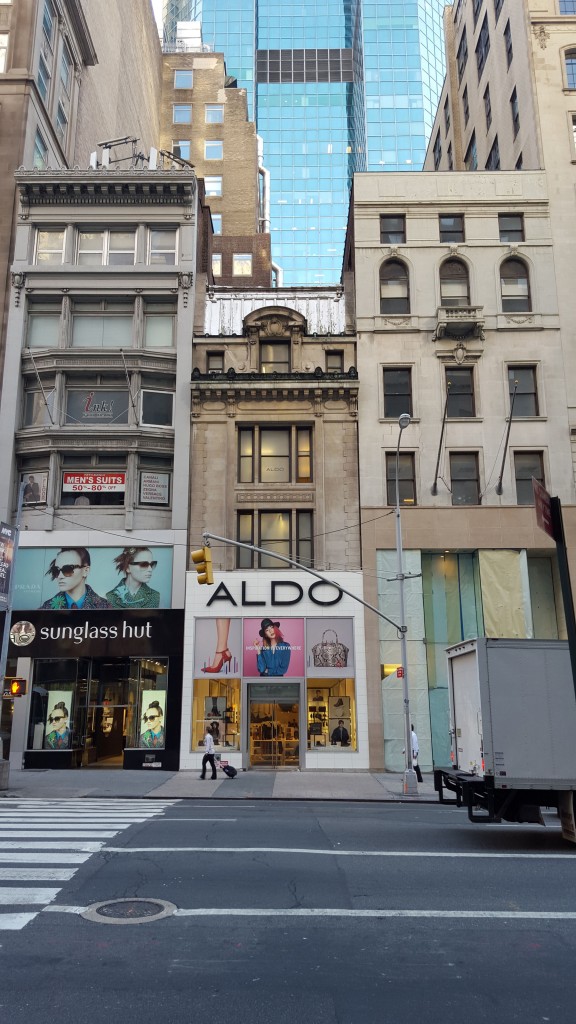 At the center, 603 Fifth Avenue is perhaps the best and still relatively intact above the streetscape, a buxom survivor from the neighborhood’s domestic period.  Remodeled from an older brownstone in 1903 as the Clemens Mansion, it still retains the air of the French-style

palaces built during the same time on the Central Park blocks of Fifth Avenue to the north.

603 Fifth Avenue was the studio of numerous artists, including Madame Desti, whose hand-painted scarves were highly sought-after; in a tragic accident, a shawl given by Desti to the dancer Isadora Duncan was caught in the wheel of Duncan’s car while she was wearing it and strangled her to death.

Replacing a house similar to 603 Fifth Avenue, 601 Fifth Avenue was designed by Albert Joseph Bodker and was for many years the home and first American location of the United Colors of Benetton, who remodeled the lower floors extensively.

605 Fifth Avenue, the most intact of the three, is a pleasant commercial structure that mixes Italianate and Chicago School detailing.

Above the street level, the group is a still-attractive remnant of a more gracious era.