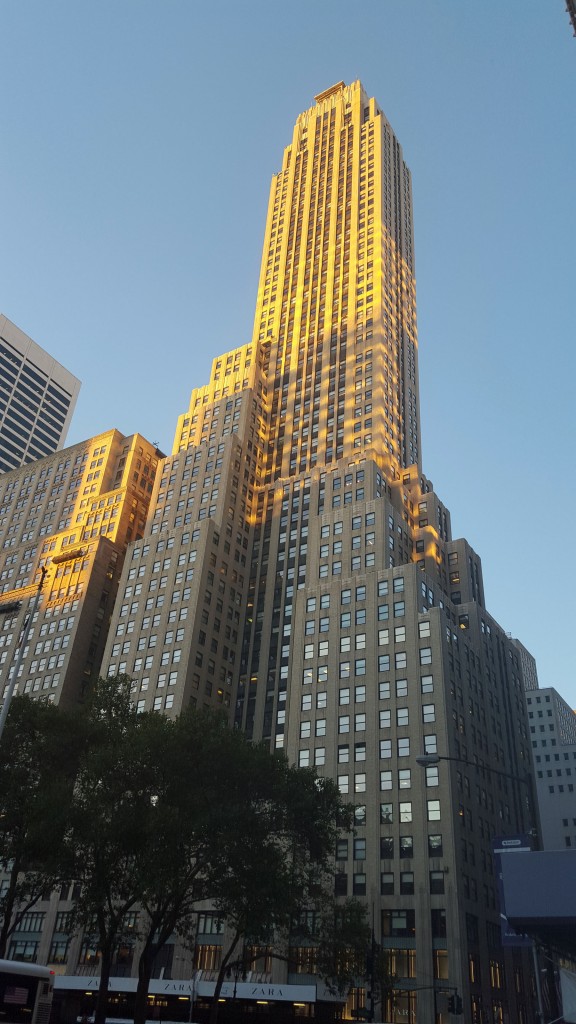 A vertiginous stack of telescoping setbacks, 500 Fifth Avenue was designed in 1929 by Shreve, Lamb and Harmon, better known for the Empire State Building at 34th Street and Fifth. As a work of purely abstract massing, 500 Fifth Avenue may be the superior design, although it is certainly helped by the removal of a grotesque rooftop cylinder that bore the building’s address.

A gleaming lobby and entryway of silver-green terra cotta provide a cool contrast to both the golden granite cladding and the chaos of 42nd Street.