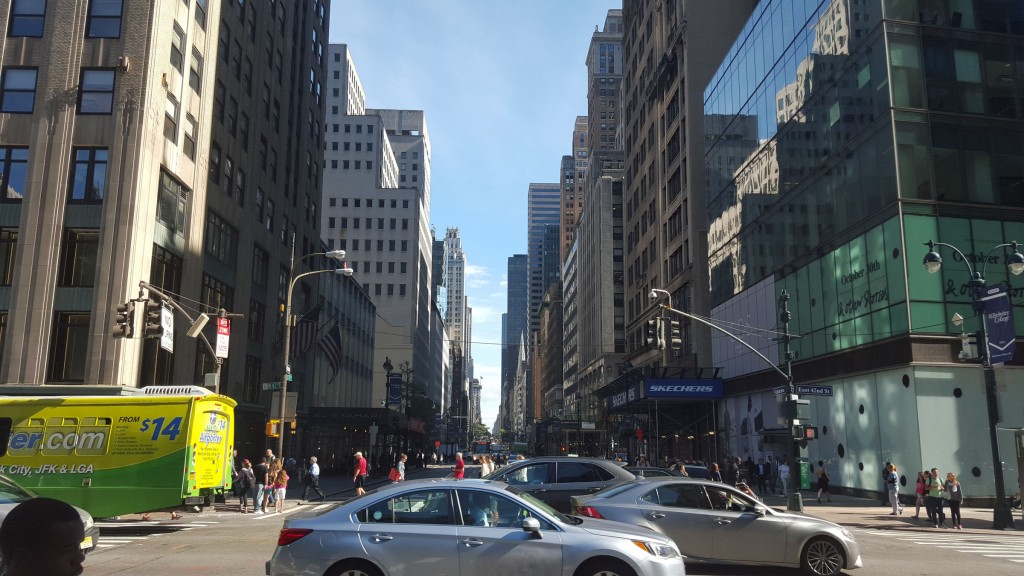 Midtown Manhattan is defined in numerous ways, with some putting the lower borders of the district at 34th Street and others at 23rd Street.  In addition, the terms Midtown East and Midtown West are used to differentiate between zones to the east and west of Fifth Avenue itself, while the New York City Police Department uses the tern Midtown North to describe a precinct that includes Hell’s Kitchen and the Theater District.

For the purposes of this blog “Midtown” refers to the densely developed district between 42nd Street and 57th Street, the next nearest major east-west cross-town street to the north.  Once a glamorous residential district, home to Vanderbilts and their robber baron neighbors, the Fifth Avenue corridor through this 15-block section of Midtown is now famed for its upscale shopping and includes some of the greatest buildings in the city.

A partial roster of attractions includes Tiffany’s, Saks Fifth Avenue and numerous national and international luxury brands, some of the city’s most historic and distinguished hotels, splendid churches and grand private clubs, as well as Rockefeller Center, one of the most successful urban developments in the world.

Midtown is also the location of a great deal of mediocre postwar architecture and some truly horrific altercations to building facades.  We’ll be seeing a great deal of the best and the worst of New York as we make our way north.