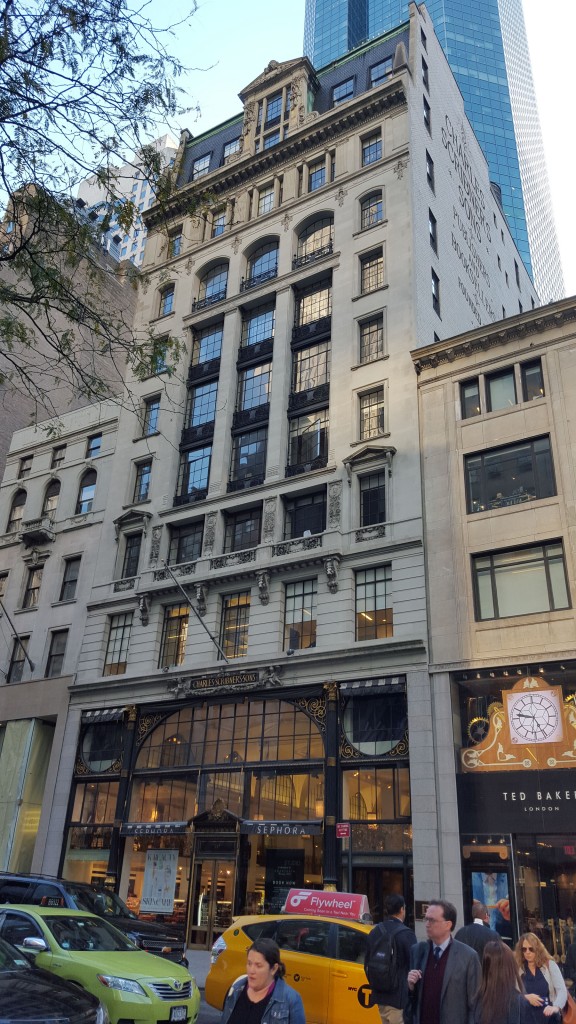 The exterior is both ornate and serene, melding an eye-catching but graceful verticality to the full menu of French Second Empire and Beaux Arts effects, including a two story wrought iron shop-front; a mansard roof flanked by two Egyptian obelisks; and medallions commemorating great printers from the past, including William Caxton, Benjamin Franklin and Johann Gutenberg.