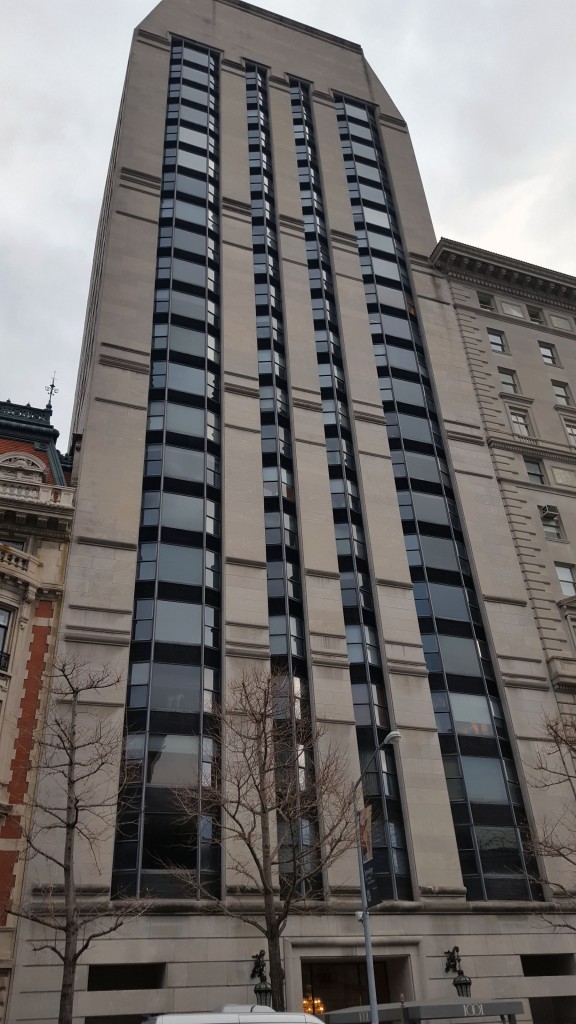 A postmodern design by Johnson & Burgee, 1001 Fifth Avenue was widely criticized when completed in 1979 for its “billboard” façade and “sliced-off Tootsie Roll” fenestration (the latter crack coming from The New York Times’ architecture critic Ada Louise Huxtable).  As a forerunner of the later and more celebrated AT&T Building by the same firm, it has at least historic interest.

The lanterns flanking the entryway are a nice touch.