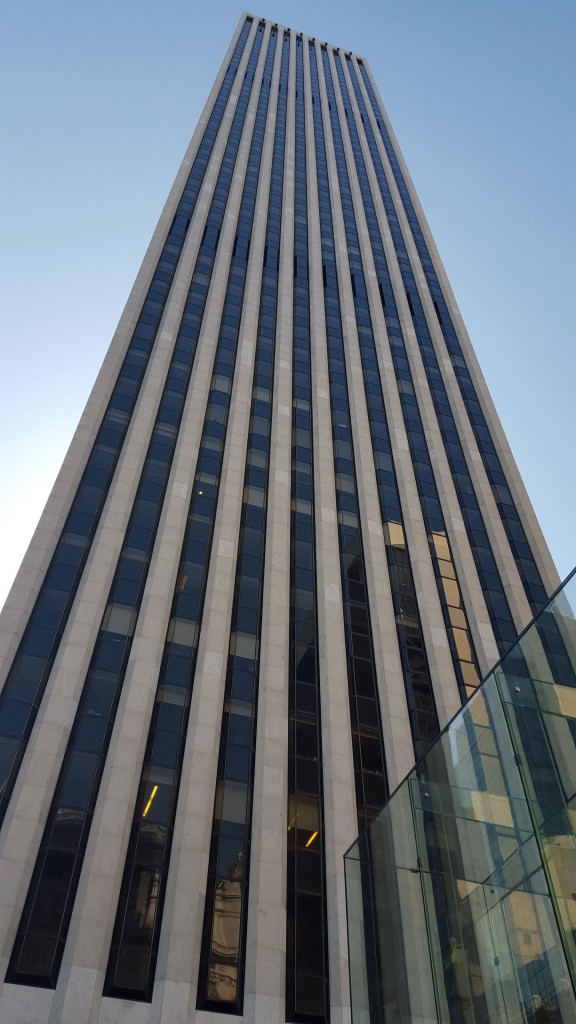 Replacing the Savoy Plaza Hotel by McKim, Mead & White, the General Motors Building has long been seen as an intruder in the Plaza District, despite contributing a generous public plaza that increases the open space at Grand Army Plaza by nearly a third.  Designed by Edward Durell Stone in his signature mix of luxurious materials and abstracted forms, the 50-story structure has long been both celebrated and reviled as a harbinger of the later Postmodern style.  In light of more recent developments in the area, the General Motors Building is a serene beacon of belief in the civic aspect of corporate grandeur.

Stone’s other New York works include the original West 53rd Street building for MoMA, the façade of which remains, and the wonderful original design for the Huntington Hartford Museum of Art at Two Columbus Circle.  The latter is now home to the Museum of Art & Design, who removed the distinctive curved marble façade over the objections of preservationists (but retained Stone’s whimsical “lollipop” columns at the base).

Until recently, the pavilion-like wing to the south was the home of the famed F.A.O. Schwartz toy company, driven out by rising rents.