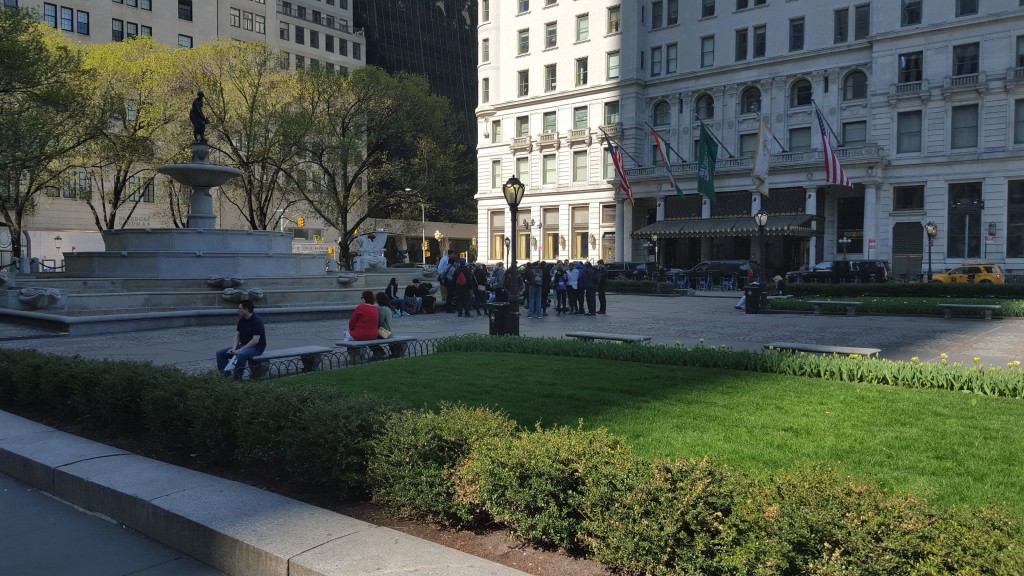 Grand Army Plaza is an open space carved partially out of the southeastern-most corner of Central Park and stretching from 58th Street to 60th Street and bisected by 59th Street.  Designed by Carrere & Hastings and completed in 1916, the park gives its name to both the Plaza District and the renowned Plaza Hotel that faces it.

The square contains two major works of art: Augustus St. Gaudens’ monument to Civil War general William Tecumsah Sherman (more on which later) and the Pulitzer Fountain, pictured here, which was donated by publisher William Pulitzer, founder of the famed prize for journalism.  Designed by the great Beaux Arts sculptor Karl Bitter with William Hastings, the fountain is capped with a depiction of Pomona, the Roman goddess of abundance.