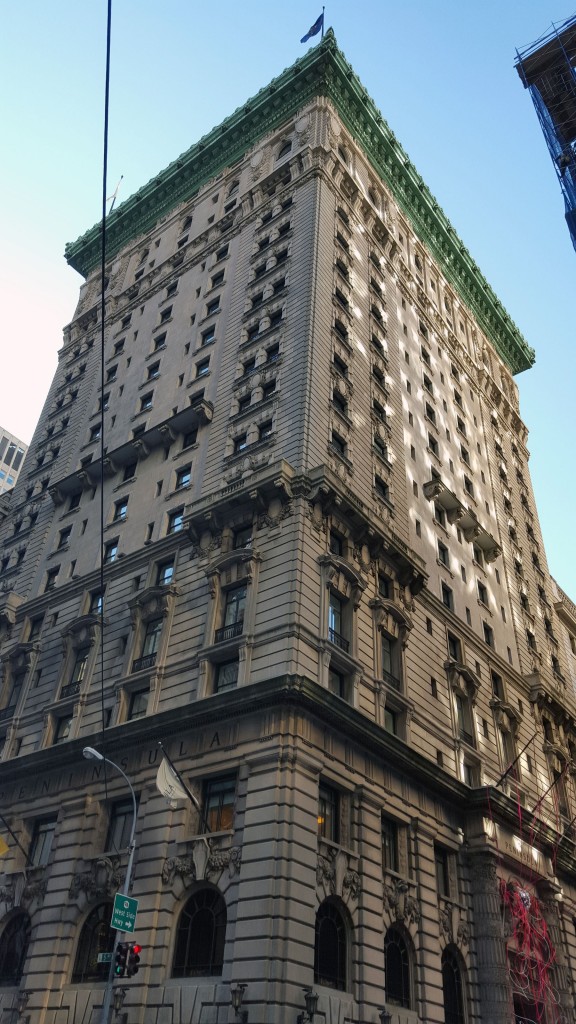 Once the tallest hotel in the world and a rival to the St. Regis Hotel directly across the street, the Peninsula Hotel was constructed as the Gotham Hotel in 1905.  The hotel’s elaborate Beaux Arts style, provided by architects Hiss & Weeks, suggests a more ornate take on the palazzo type established by the University Club, its neighbor to the south.

Famed for its luxurious spa and popular roof-deck bar, the hotel was, prior to its renovation, the scene of several less savory events; it was the partial setting for the 1969 film “Midnight Cowboy” and was the site of the tragic suicide of John William Warde, a clinically depressed young man who leapt from the 17th floor in view of hundreds of onlookers after an 11-hour stand-off with police and hotel staff.

Hiss & Weeks’ best known New York building is The Belnord, an immense courtyard apartment house that takes up the full two-acre block between West 86th and West 87th Streets, Broadway and Amsterdam Avenue on the Upper West Side.

Despite its main entry being located on West 55th Street, the Peninsula Hotel has a Fifth Avenue address: 700 Fifth Avenue.

The building is a New York City Landmark.