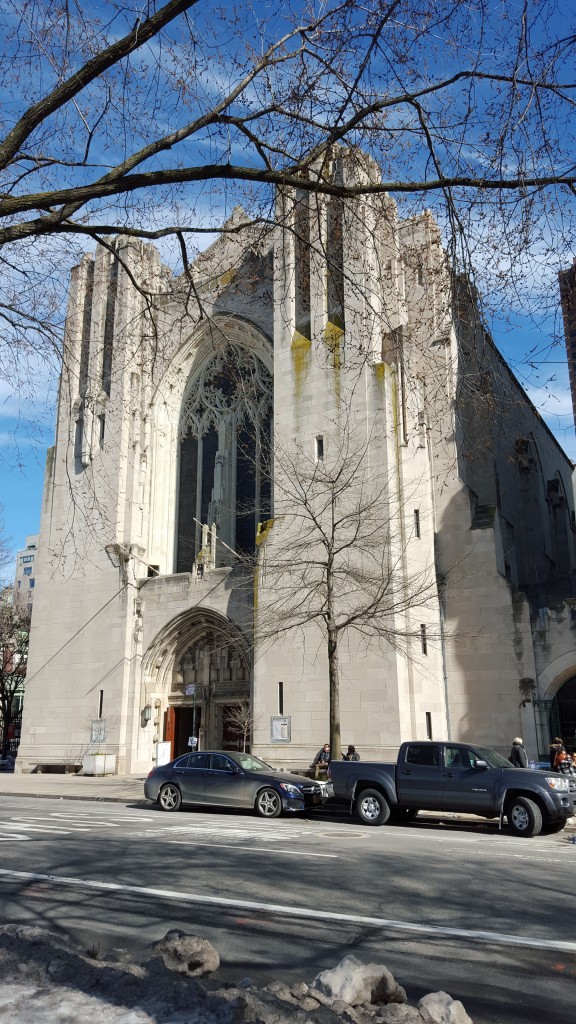 An austere but compelling design, the 1929 Episcopal Church of the Heavenly Rest is the first religious structure on Fifth Avenue north of Temple Emanu-El, 25 blocks south.  Completed by the firm of Mayers, Murray & Phillip, successors to the great Bertram Goodhue, the church was erected on a site sold by Andrew Carnegie with the restriction that only “a Christian church no higher than 75 feet, exclusive of steeple” could be constructed thereon.  (Carnegie was reluctant to see his remarkable mansion, located on the block to the north, overshadowed by apartment house development – until the church was built, the only thing on the site was a lemonade stand.)

The great severity of the design is in part due to the Great Depression, which prevented a detailed sculptural program from being completed: nevertheless, the Church of the Heavenly Rest is one of the city’s best religious buildings of its era.

President Chester A. Arthur’s funeral was held at the church; Gloria Swanson’s ashes are interned within.