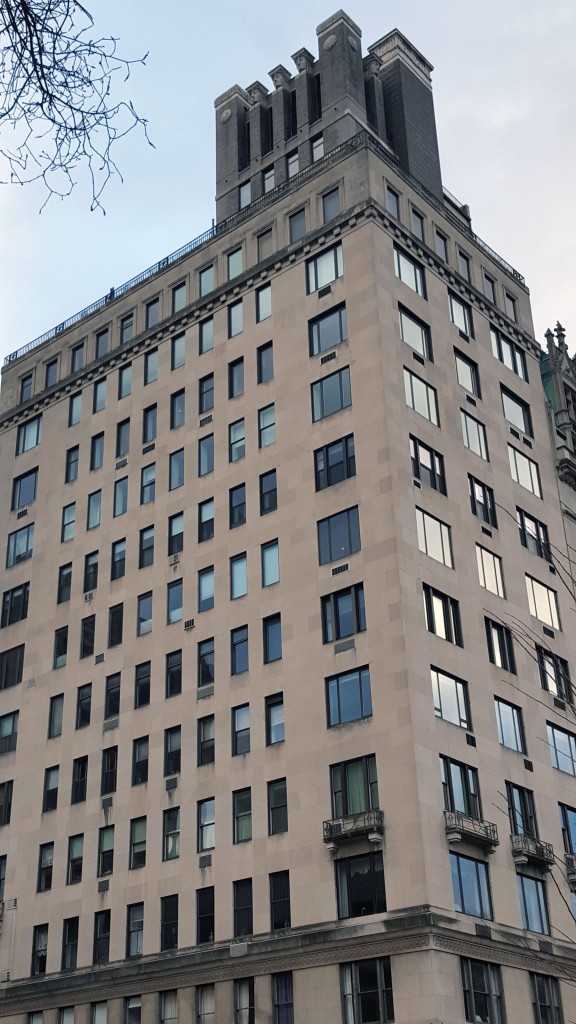 One of the most striking of the Museum Mile’s apartment buildings, 2 East 88th Street is also one of only a handful to dispense with the Fifth Avenue address.  A severe elongated cube by Pennington & Lewis, the building is capped by a water tower that incorporates a series of stone faces straight out of a book of Gotham City concept art.  The views of the Guggenheim Museum directly to the north only enhance the structure’s almost cinematic angularity.

2 East 88th Street was the location of Paul Allen’s apartment in the 2000 film version of “American Psycho”.