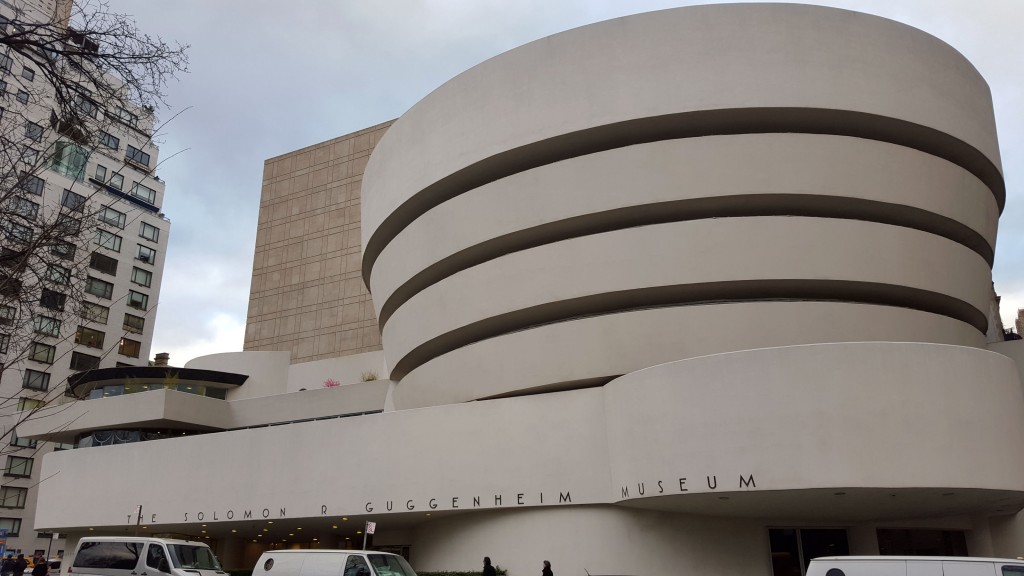 A whirl of cream-colored concrete greatly at odds with the rectangularity of Fifth Avenue, the multi-leveled building was conceived by Wright as a “temple to the spirit” and contains one of the most memorable interior spaces in American architecture – a vast open atrium encircled by a continuous ramp.

After the Metropolitan Museum, the Guggenheim vies with the Frick Collection as the most important museum on Fifth Avenue.

The building gained an addition by Gwathmey Siegel & Associates and was restored comprehensively in 2005 – 2008.