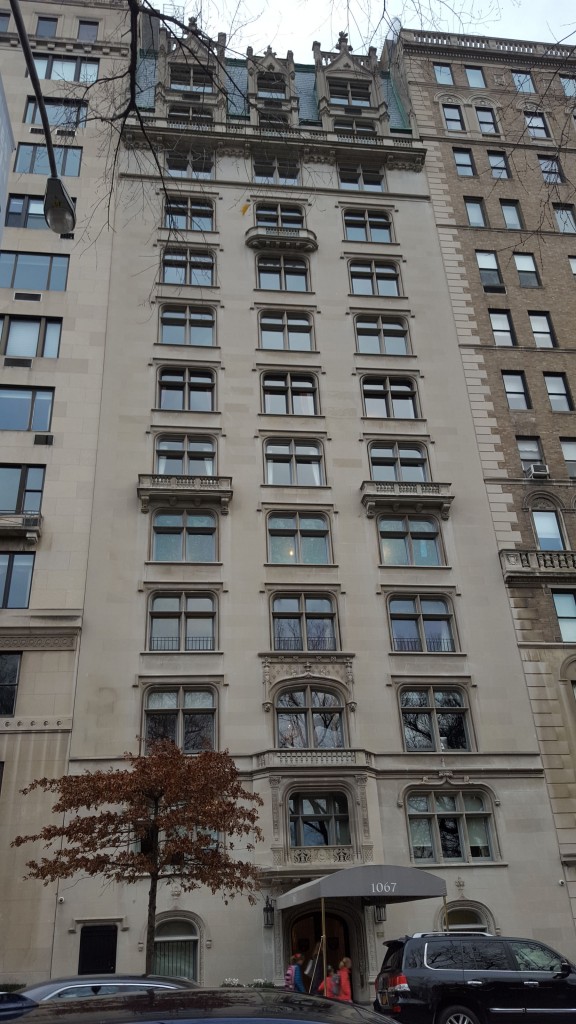 One of the avenue’s most remarkable apartment buildings, 1067 Fifth Avenue is only the second such structure to have been built facing the park on Fifth (the first being McKim, Mead & White’s 998 Fifth Avenue, a few blocks to the south).

Designed by C.P.H. Gilbert, 1067 Fifth Avenue is the Upper East Side’s only example of the Chateauesque style applied to a high-rise.  Gilbert’s other great houses include 2 East 79th Street and the Warburg Mansion (more on which later) and 1067 Fifth Avenue displays all the hallmarks of the French Gothic that he brought to those commissions: pointed arches, smiling putti, capering salamanders and a richly crested set of roof dormers.

More so perhaps than any Museum Mile apartment house it is a true bridge between the mansions that once lined the avenue and the buildings that replaced them.