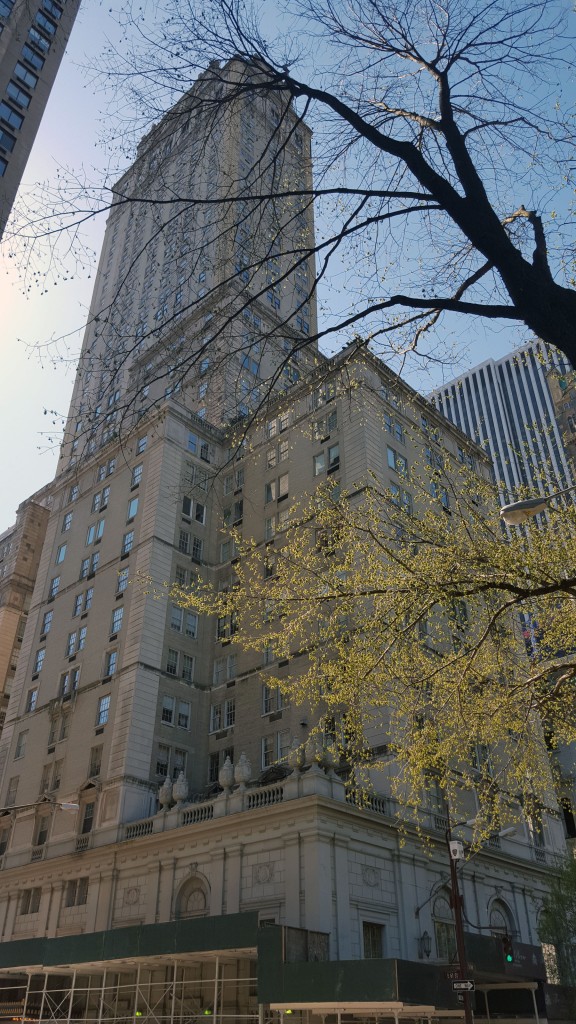 Another tour-de-force fantasy from Schultz & Weaver, architects of the Sherry-Netherland a block to the south, The Pierre Hotel of 1929 is French rather than Flemish, Classical rather than Gothic and limestone rather than brick, but the results are equally charming at the street level and memorable upon the skyline.

The somewhat labyrinthine interiors include one of the city’s most gracious ballrooms and a three-story penthouse apartment.

The Pierre Hotel is a New York City landmark.