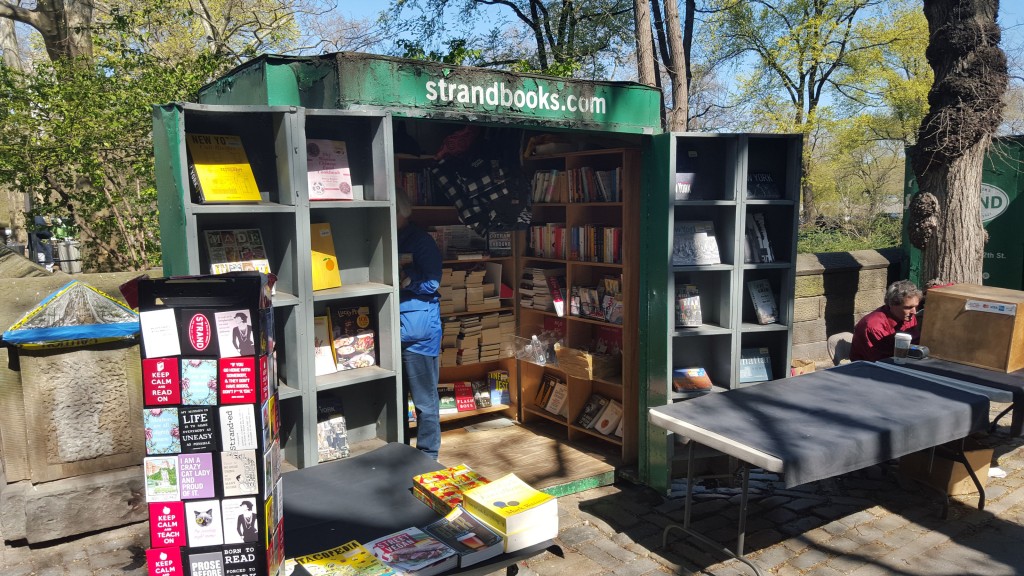 A booth rather than a building but no less an essential part of the Plaza District, the Strand Books Kiosk is a unique satellite location of the famed used and new bookstore at 13th Street and Broadway just south of Union Square.  Open daily from 10 AM to dusk (weather permitting), it’s a great place to pick up unexpected literary bargains.

A comparison with the nearby Apple Store is instructive and not entirely flattering to the latter.