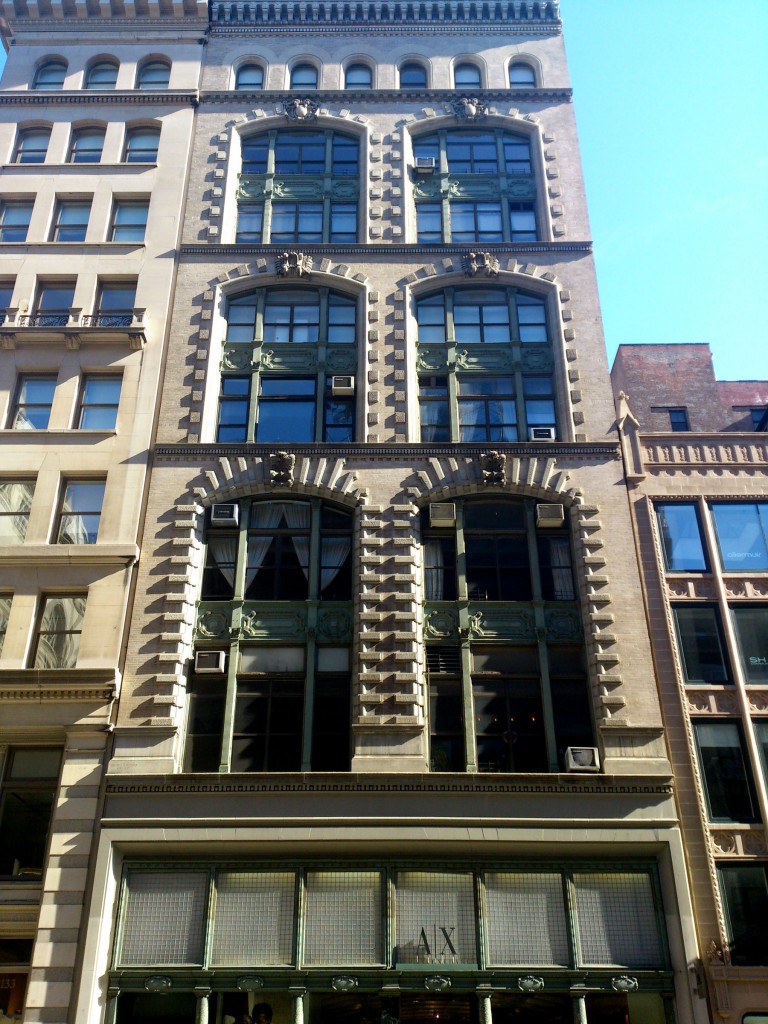 An unusual Beaux Arts design by the firm of Israels & Harder, 127-129 Fifth Avenue was constructed as commercial space for the renowned department store Lord & Taylor, which moved to this location from an original shop on Grand and Chrystie Streets. Notable for vigorous detail and high level of finishes throughout, 127-129 Fifth Avenue is also historically significant as the first actual department store location to open onto Fifth Avenue and was hailed by the New York Press as “a pioneer…(on) a street that experts say will be eventually ‘the’ shopping street of this city.” (The Fifth Avenue location of Constable Store to the south, while considerably older, housed wholesale trade and executive offices).

The ground floor is a sophisticated contemporary update of the commercial architecture of the Beaux Arts period – one of the few instances on Fifth where the present has improved upon the past.