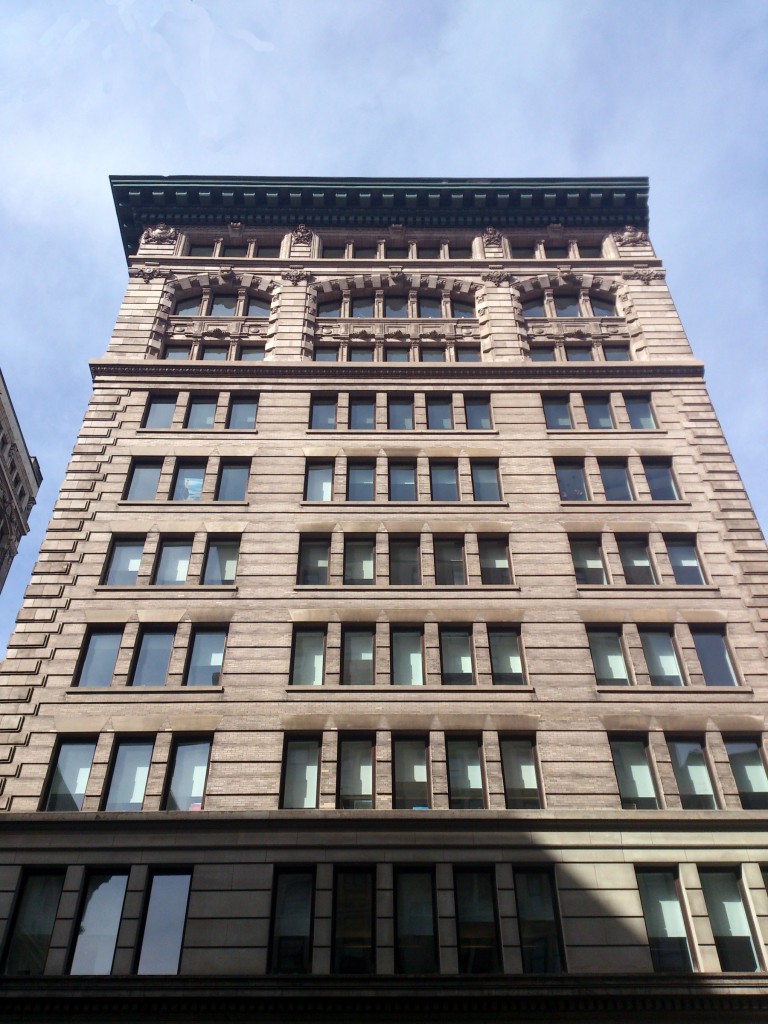 An especially fine work by Robert Maynicke, 130-132 Fifth Avenue echoes the strong proportions of 90 Fifth Avenue further south but includes a more elaborate degree of detail. The broad show windows are intact although the windows themselves are replacements; rusticated brick, corner piers and fine carved stone are in the Neo-Renaissance mode. The end result is an ample expression of the period and 130-132 Fifth Avenue makes an interesting comparison to the Constable Building across the street (which is even more lavishly finished).

130-132 Fifth Avenue stands on the site of Chickering Hall, a notable concert venue built by the Chickering Piano Company. Originally built in 1872 as a boldly detailed showroom for their various lines, Chickering Hall’s acoustics and location made it an important center for music in late 19th century New York. The hall’s successor, a beautiful 14-story Cross & Cross design on West 57th Street that melded Art Deco and Secessionist influences, is just now being demolished by Vornado for a residential tower.