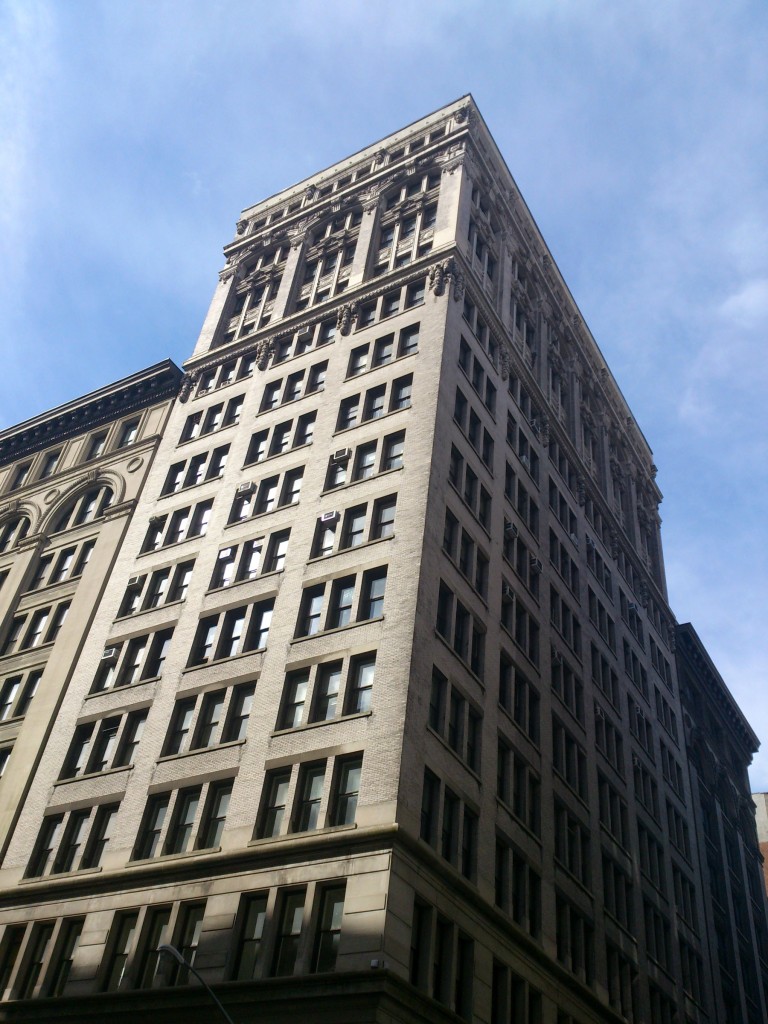 Another Robert Maynicke design, 126-128 Fifth Avenue is a rather battered example of the architect’s work, as the original windows on Fifth Avenue have been altered and the building’s cornice removed. Given the taste for restoration of period details, it is possible these missing elements may be replicated in the future: for now, 126-128 Fifth has an unfortunately bald look

The building is on the site of the Hotel Logerot, a fashionable establishment converted from three substantial brownstone houses. It was owned by Richard de Logerot, the Marquis de Croisic, a member of New York’s so-called “400,” the elite society of the mid-19th century New York.