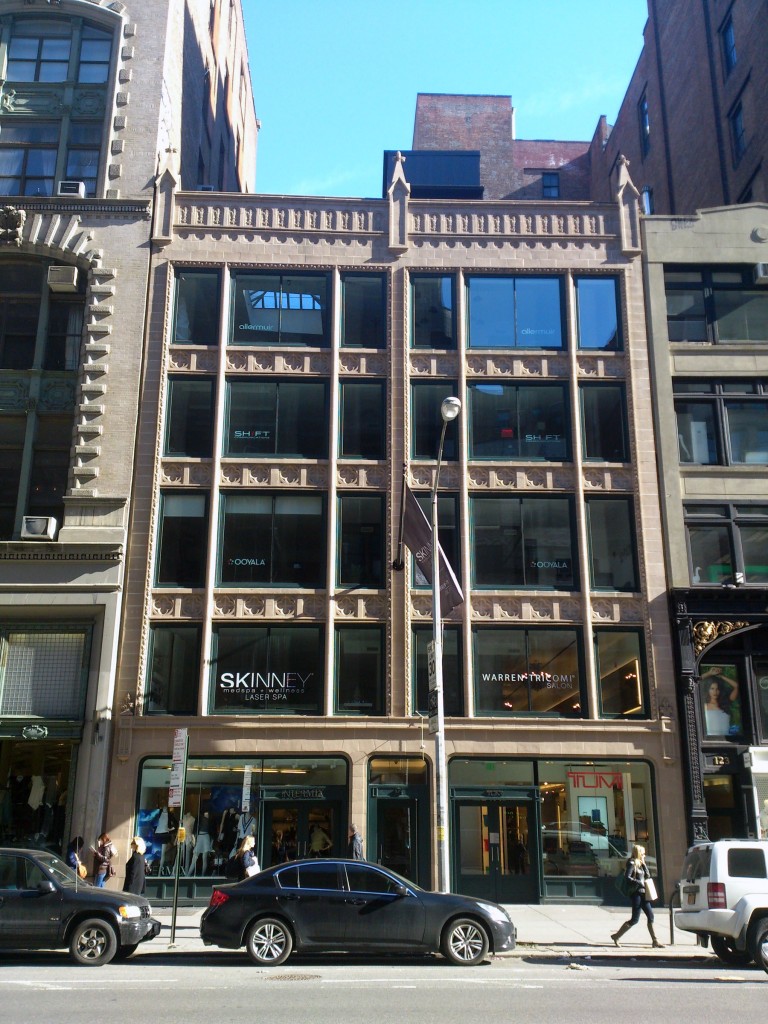 A worthy neighbor to 123 Fifth, 125 Fifth Avenue incorporates two old brownstones into a new Neo-Gothic façade of unusual lightness and delicacy. Quatrefoil tracery and soaring pinnacles are among the notable features, which suggest a cross between Cass Gilbert’s masterful Woolworth Building, and the smaller works of Chicago architect Louis Sullivan.

Irving Margon designed the new façade in 1921; perhaps his best-known work in the city is the Art Deco El Dorado apartment house on Central Park West, which he co-designed with Emery Roth.

The building makes an instructive comparison with 14 Fifth Avenue, which also joins two brownstone houses together, but with completely no regard for the street wall, human scale, artistic taste or historic context.

Like 123 Fifth, 125 Fifth Avenue has been a popular address for artists: the building stands on the site of the townhouse of Thomas S. Cummings, a noted portrait artist and miniaturist who was an early Vice President and Treasurer of the National Academy of Design.

The building was recently restored after a fire.