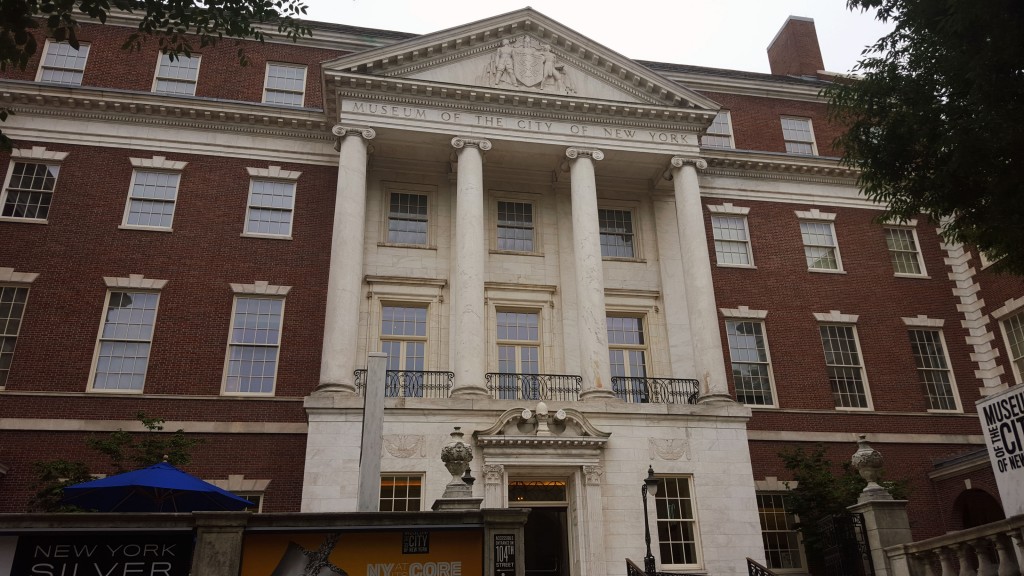 A graceful Georgian Revival design by Joseph H. Freedlander, the Museum of the City of New York was founded in 1923 by the Scottish-born American historian Henry Collins Brown to preserve the city’s (even then) fast-disappearing history.

Along with The New-York Historical Society, located on Central Park West and founded in 1799, the Museum of the City of New York is a great repository of New York culture, history and art with a collection of over 1.5 million items. Memorable innovations have included the city’s only permanent display on New York theatre and the nation’s first role for a Curator of Toys.  Other notable collections include photography; social justice; historic dioramas; and a series of furnished rooms donated by the Rockefeller Family.

The museum was originally housed in the historic Gracie Mansion, the traditional Yorkville residence of New York’s mayor; after a failed attempt to move to the historic Tweed Courthouse adjacent to City Hall downtown, its original 1932 building was renovated extensively in 2006, with the addition of a pavilion designed by the Polshek Partnership.