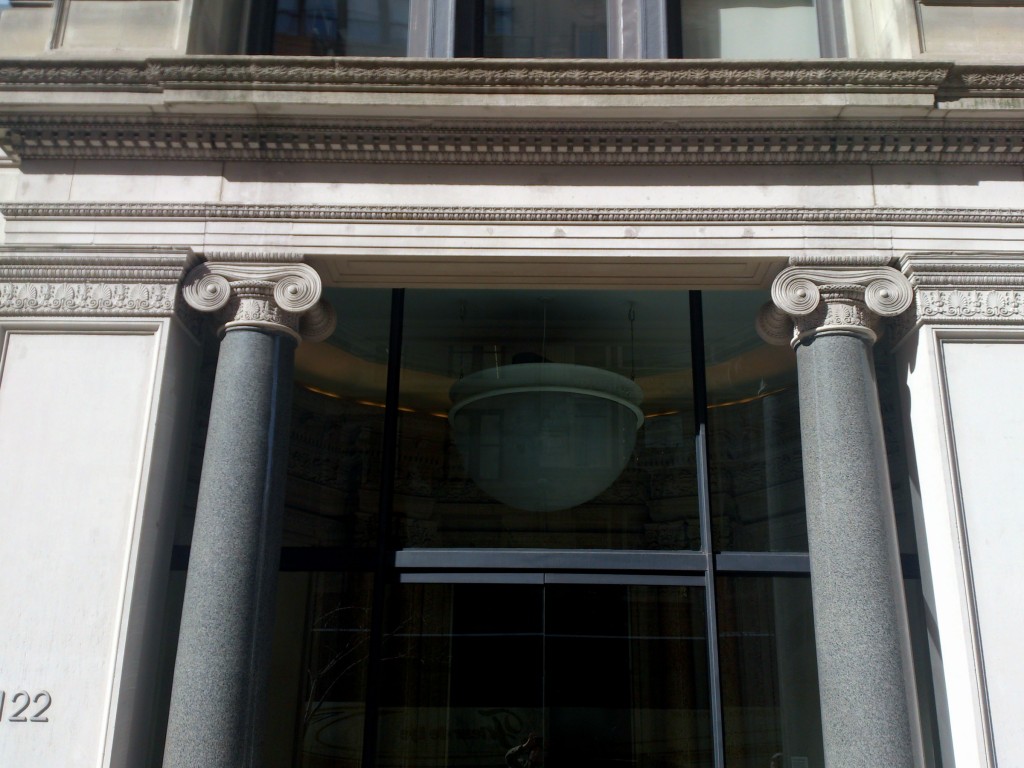 A T-shaped structure with addresses on both 17th and 18th streets, 122-124 Fifth Avenue was built in 1889-1900. This Robert Maynicke design established the rusticated base continued to the south by the later building at 118 Fifth Avenue.

The spacious Greek Revival Doric-columned entryway is a distinctive touch.

The building is currently the headquarters of Barnes & Noble whose flagship was located until recently a block to the south at the Folio Building at 105 Fifth Avenue.