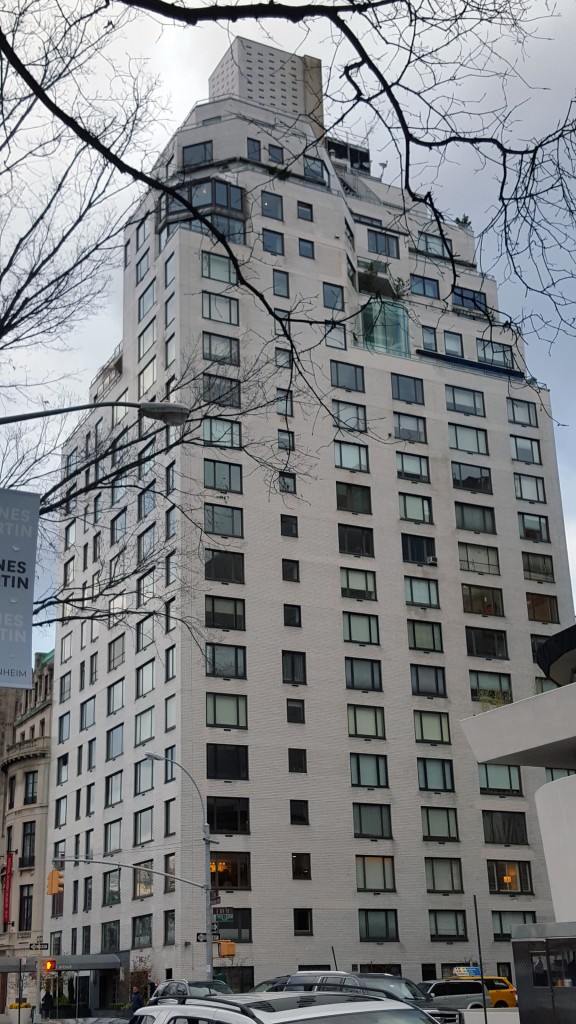 Surrounded by low-rise landmarks, 1080 Fifth Avenue has spectacular views in nearly all directions.  The building itself is of more interest for additions made to it over the years than for any intrinsic merit (such as the striking cylindrical glass bay on the south side of the setbacks; visible here in the upper right-hand corner).