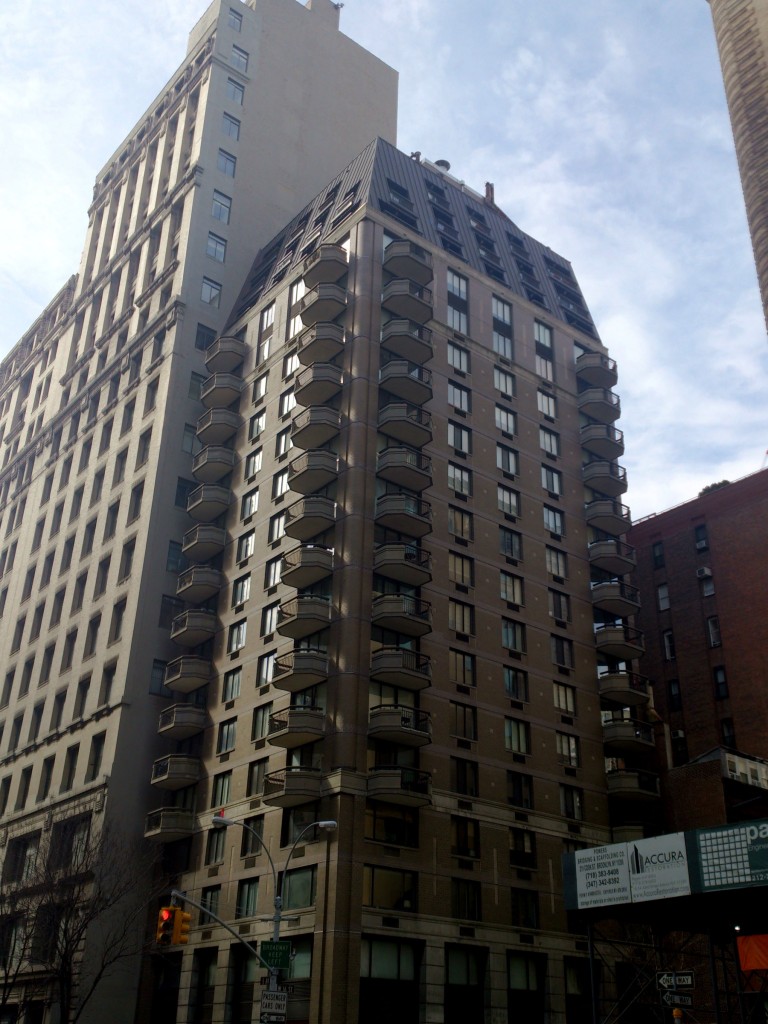 Po-faced PoMo sums up 106-108 Fifth Avenue.  The intriguing and rather handsome mansard roof may reference a similar feature on the 19th century structure 106-108 Fifth Avenue replaced, but the flimsy-looking balconies compromise the building’s overall proportions and the setback from the streetscape seems less a gracious gesture and more the act of a wallflower.  If there were ever such a thing as Shrinking Violet as an architectural style, this would be the textbook example.

A comparison to Inda Alterman’s subtle take on the same contextual brief at 61 Fifth Avenue is telling and proof that good manners do not always equal good architecture.

The building dates from 1985, two years after the even more disappointing 75 Fifth Avenue to the south; it is the northernmost of four purpose-built residential structures on the Ladies’ Mile.