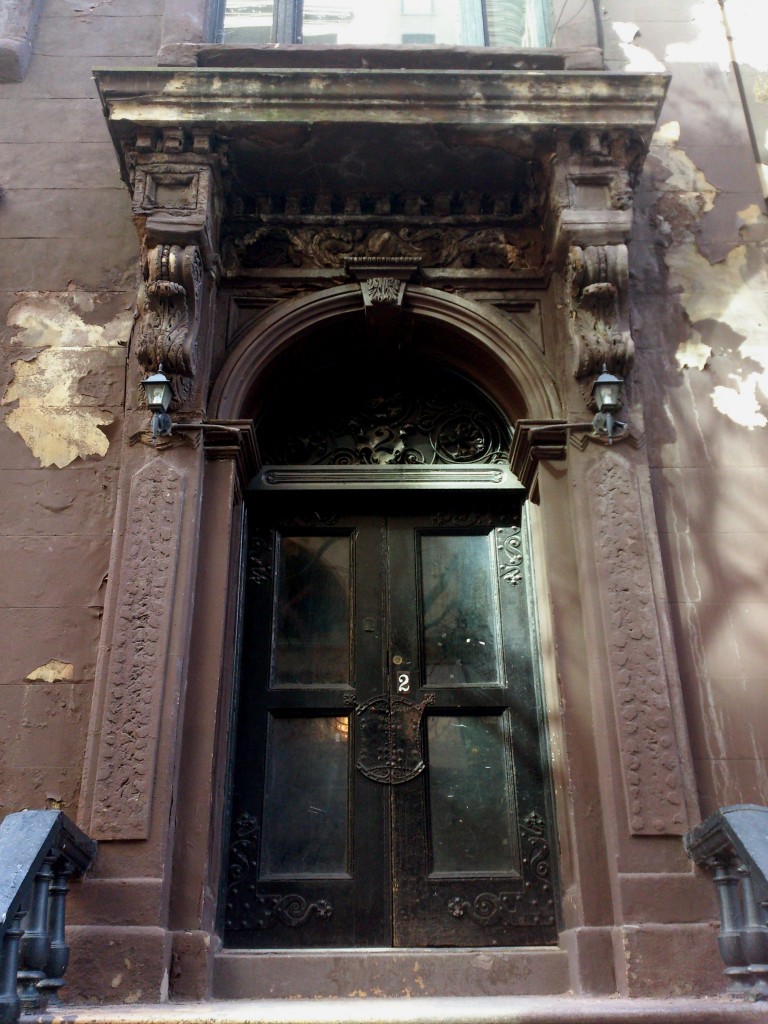 This rare surviving brownstone mansion, now in a state of some decay, is illustrative of the type of upper class residence that once lined Fifth Avenue. Built by a Dr. Lovejoy in the 1850s, who almost immediately sold it, 2 West 16th Street came into the possession of Henry G. Stebbins, a prominent banker, who lived there with his wife for many decades.  Stebbins was appointed as New York City Parks Commissioner by Mayor Hall in 1871 and appears to have served with distinction.

2 West 16th Street compares nicely with the Salmagundi Club, which stands further south at 47 Fifth Avenue. Perhaps some future owner will restore the façade, which, although crumbling, is a still-proud example of the Italianate style.

The house is now divided into apartments.