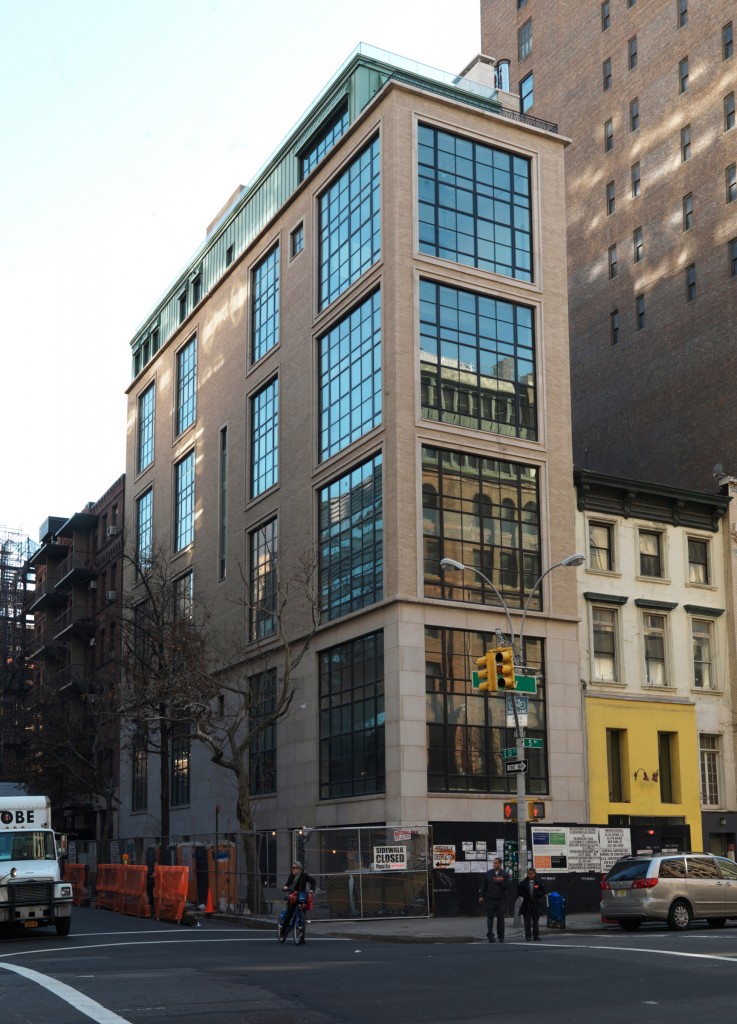 The first new residential building on this stretch of Fifth since the 1950s, 61 Fifth Avenue is also possibly the only one designed by a woman.  The design by architect Alta Indelman replaces the fire-ravaged former Schrafft’s restaurant of 1938 with a sedate new structure that references the neighborhood’s aesthetic.  The enormous double-floor studio windows are a nice touch, echoing those around the neighborhood and particularly at 51 Fifth Avenue, a block south.

See our upcoming installment of “Faces on Fifth” this Monday for a closer look at 61 Fifth and a talk with Ms. Indelman!