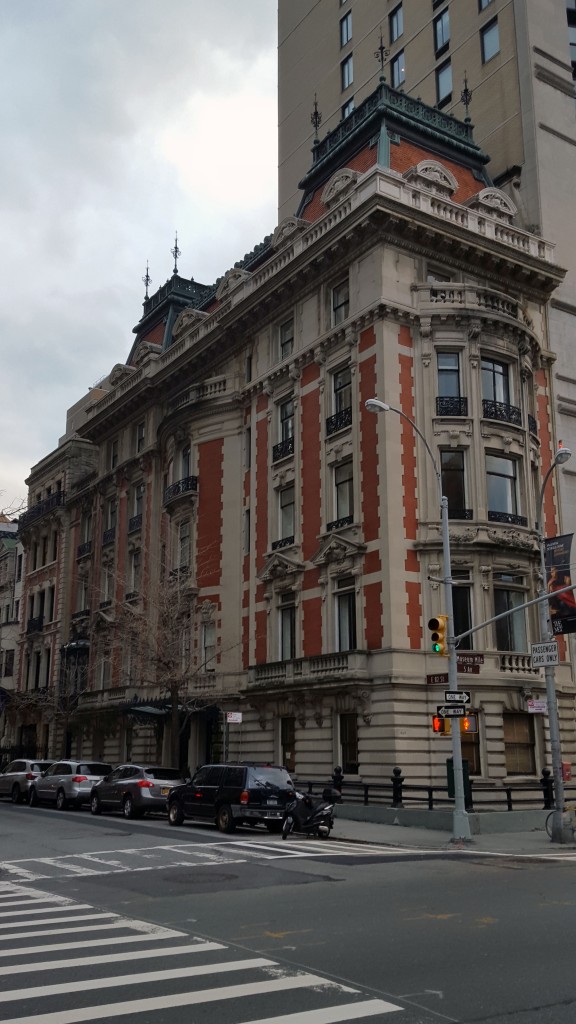 Fifth Avenue’s most aggressive surviving mansion, 1009 Fifth Avenue was built as one of a quartet of similar homes (the two others that also fronted Fifth were removed for the construction of 1001 Fifth Avenue).  A frankly speculative project, the heaping of details by architects Welch, Smith & Provot strain against the boundaries of good taste, yet the overall effect is pleasing, due in large part to vigorous proportions and strong use of color.  The mansard roof is particularly notable and provides a welcome contrast to the hulk of 1001 Fifth next door.

First occupied by Benjamin Duke, the house passed through a succession of heirs including the forward-thinking Mary Duke Biddle Trent Semans, who had the house landmarked.

A later owner, the late Tamir Spair, planned to install a museum of ivory within the building but abandoned the idea when the Federal government found he was smuggling the collection into the US on his yacht.

The house is still a private residence.