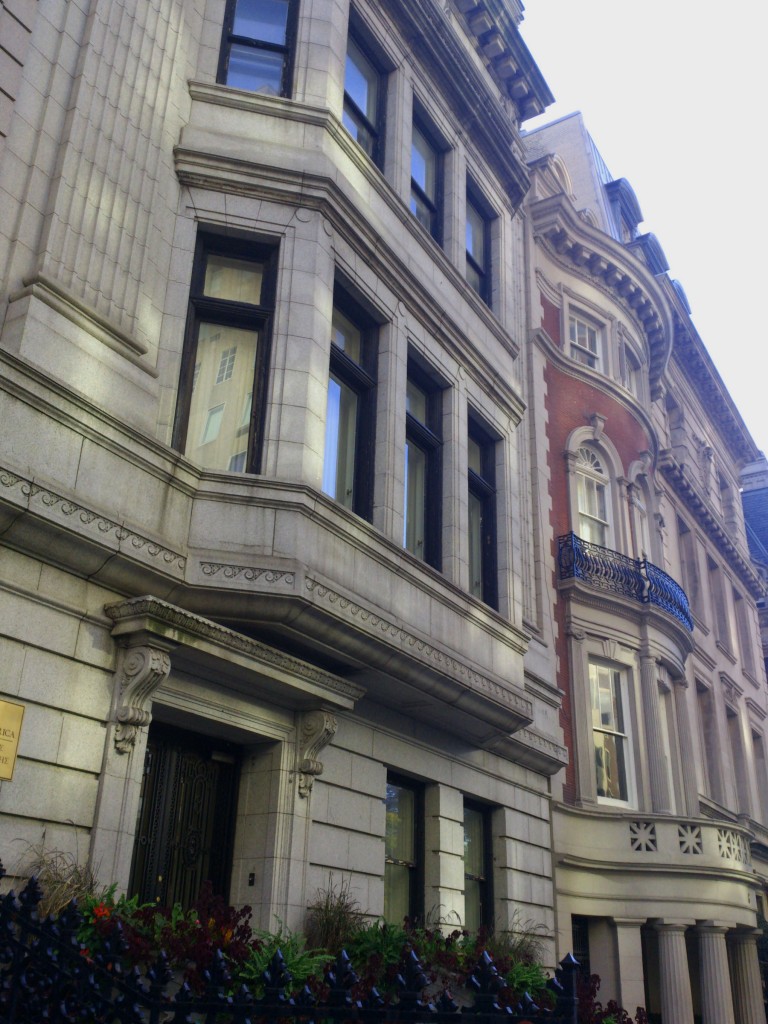 A unique micro-district within the greater Upper East Side Historic District, the Cook Block was originally part of the Lenox Family farm; it is the last block facing Fifth Avenue with all its original houses intact – save for the house of the man it is named after.

As commerce moved further and further up Fifth Avenue in the post-Civil War period, New York’s upper class families became concerned that there would be no end to such encroachments (they were partly right, and the avenue from 14th to 63rd Streets is now largely commercial).

In the 1870s Henry Cook, a banker, purchased the block between Fifth and Madison Avenues and East 78th and 79th Streets for the sole purpose of erecting a firewall of sorts against the incursions of hotels and department stores. He built a large, rather dour stone mansion on the corner of East 78th and Fifth and then parceled out the rest of the block with the stipulation that only single family houses would be permitted to be constructed and that these building should be in what an approving New York Times article of the day called a “splendid style.”

By 1905, a year after Mr. Cook’s death, the block was largely built out; the last residential project was, ironically enough, the removal of the Cook Mansion itself, which was replaced by the James B. Duke Residence (now the NYU Institute of Fine Arts).

A stroll around the Cook Block is a rewarding tour of the grandest domestic architecture of New York’s gilded age.  The one discordant note, the commercial building at 1044 Madison Avenue, replaced a garden for 20 East 79th Street.