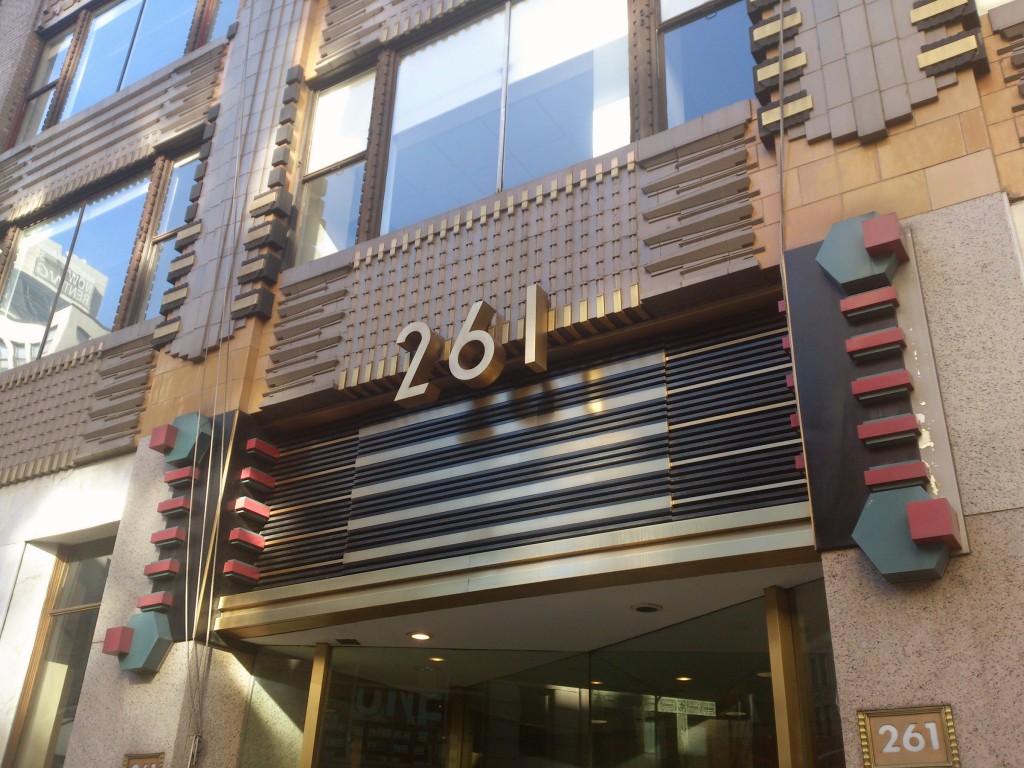 A masterwork of Ely Jacques Kahn, here working with the firm of Buchman and Kahn in his fully developed Art Deco style, 261 Fifth Avenue brings a burst of terra cotta polychrome to the district and provides a fascinating contrast with his nearly abstract cubic design at 202 Fifth to the south.

The red, blue and gold-beige ornament suggests the hollyhock patterns of Frank Lloyd Wright’s work and were produced by the Federal Seaboard Terra Cotta Corp.  The amazing lobby is intact and landmark-worthy in its own right, to be compared with Kahn’s work at the Film Center Building on Ninth Avenue between 44th and 45th Streets (a designated New York City Interior Landmark).

Barring a few blocks between 12th and 15th Streets, our travels thus far have taken us through three contiguous historic districts: 261 Fifth Avenue ends this, as it is the northernmost Fifth Avenue building in Nomad located in the Madison Square North Historic District. Although we’ll be looking at numerous individually designated landmarks as we move north, the next historic district we’ll encounter will be the Upper East Side Historic District, which commences at 59th Street, 30 blocks to the north.