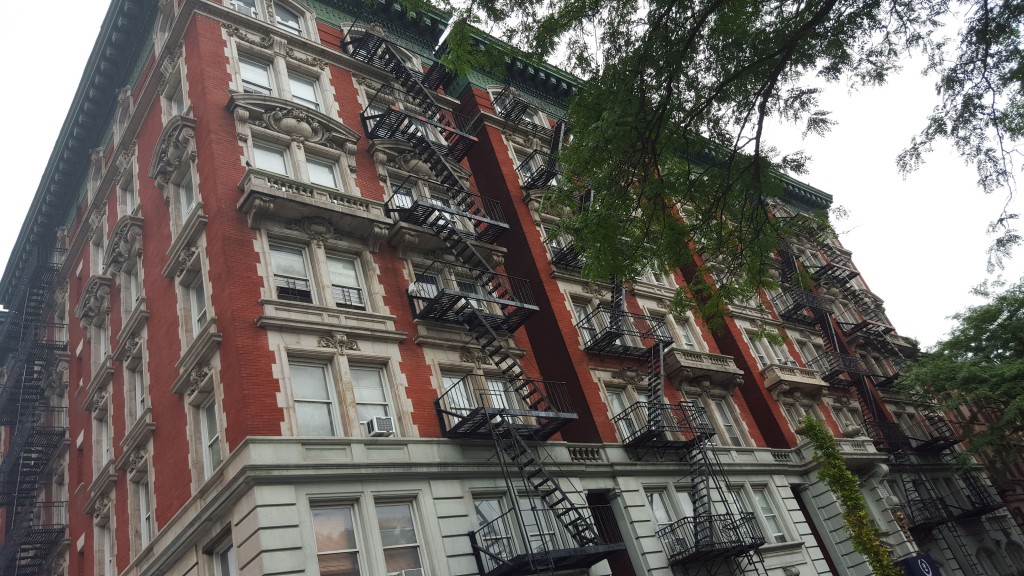 Two West 12oth Street, designed in 1900 by George Pelham, is a very handsome Beaux Arts apartment house in the Anglo-French style.  Its deep red brick makes a dramatic contract with the more somber brownstones that line this block of West 120th Street.

Ironically, the first building on Fifth Avenue in the Mount Morris Historic District is in fact an addition to the district through a 1995 extension – and doesn’t have a Fifth Avenue address.