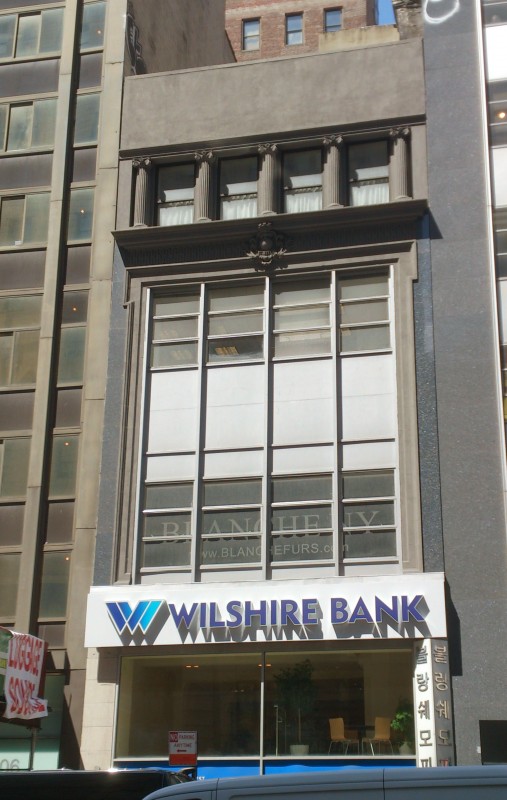 308 Fifth Avenue’s altered façade still retains its handsome Beaux Arts shop window and a row of columns at its upper story; it was the original location of the well-known Strauss Toy Shop. . 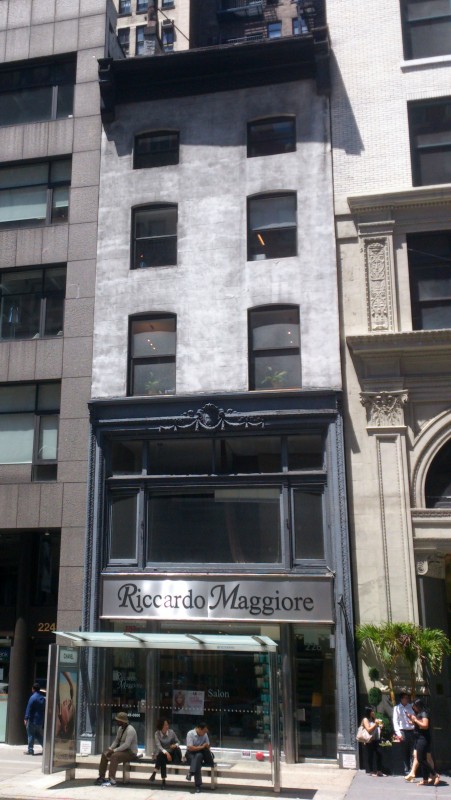 While not as refined as its neighbor to the south at 222 Fifth Avenue, 226 Fifth Avenue is still a strong reminder of how accomplished architects of the early 20th Century were in converting residences into commercial buildings. Above the first two floors, the Italianate cornice of the original brownstone of 1852-1853 survives.  At the… Continue reading 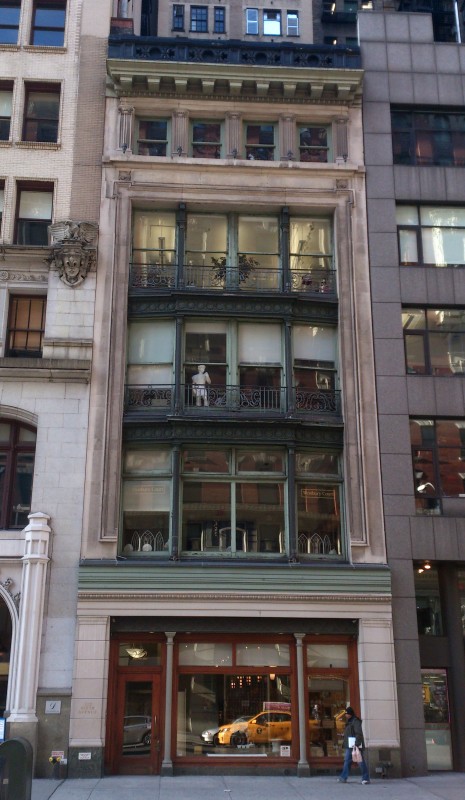 An elegant and assured façade, 222 Fifth Avenue was converted from a brownstone house in 1912 by architect John C. Westervelt.  It is an excellent representation of the upscale shop-front style of early 20th Century New York and an illustration of how civilized and gracious the commercial culture of that era could be. Sympathetic stewardship… Continue reading