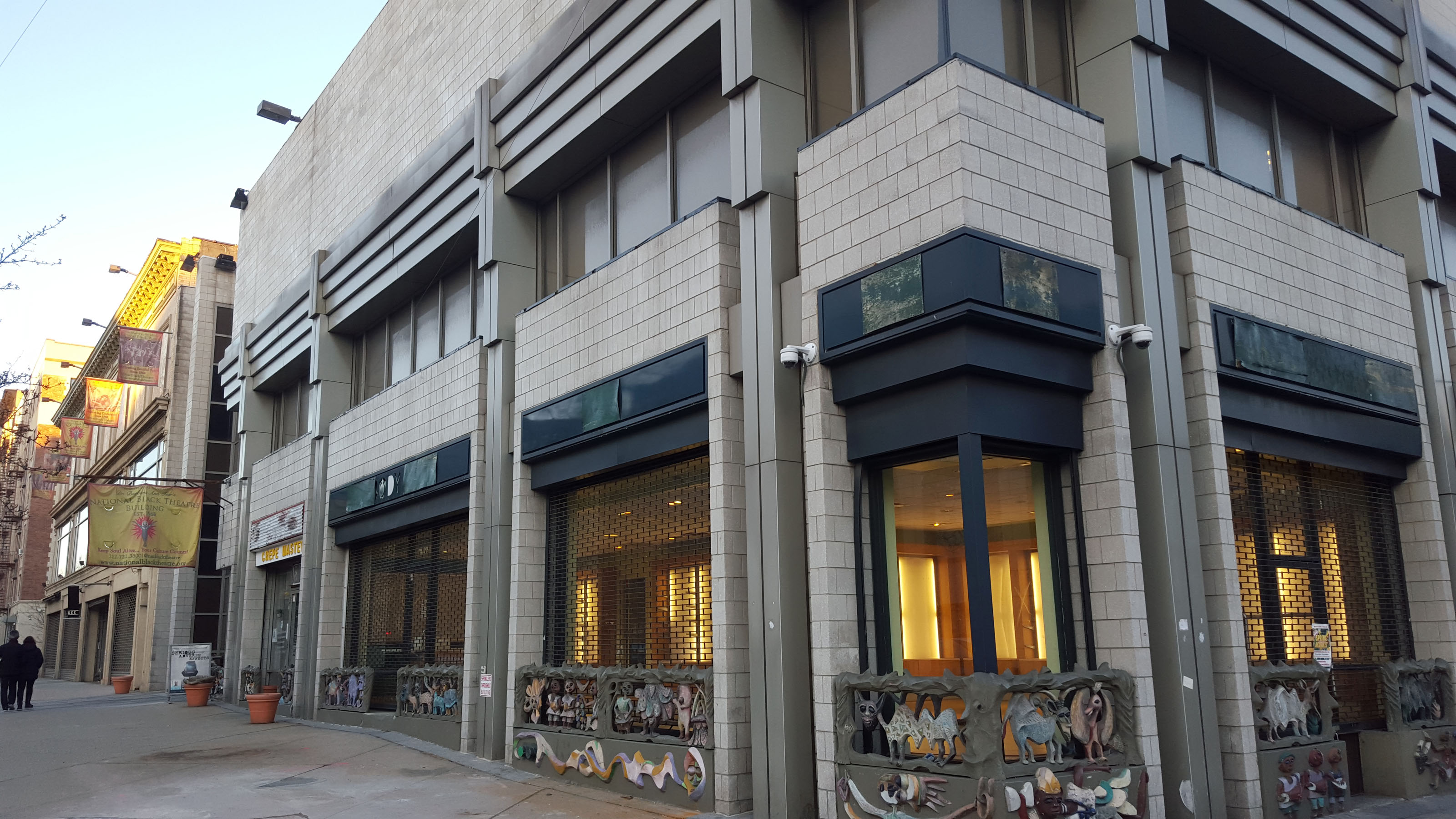 The National Black Theatre at 2031 Fifth Avenue is the home of the distinguished non-profit theatre company of that name.  Founded in 1968 by the playwright and activist Barbara Ann Teer, the organization’s mission is to “produce transformational theatrical experiences that enhance African American cultural identity by telling authentic stories of the Black experience”.  Nina… Continue reading 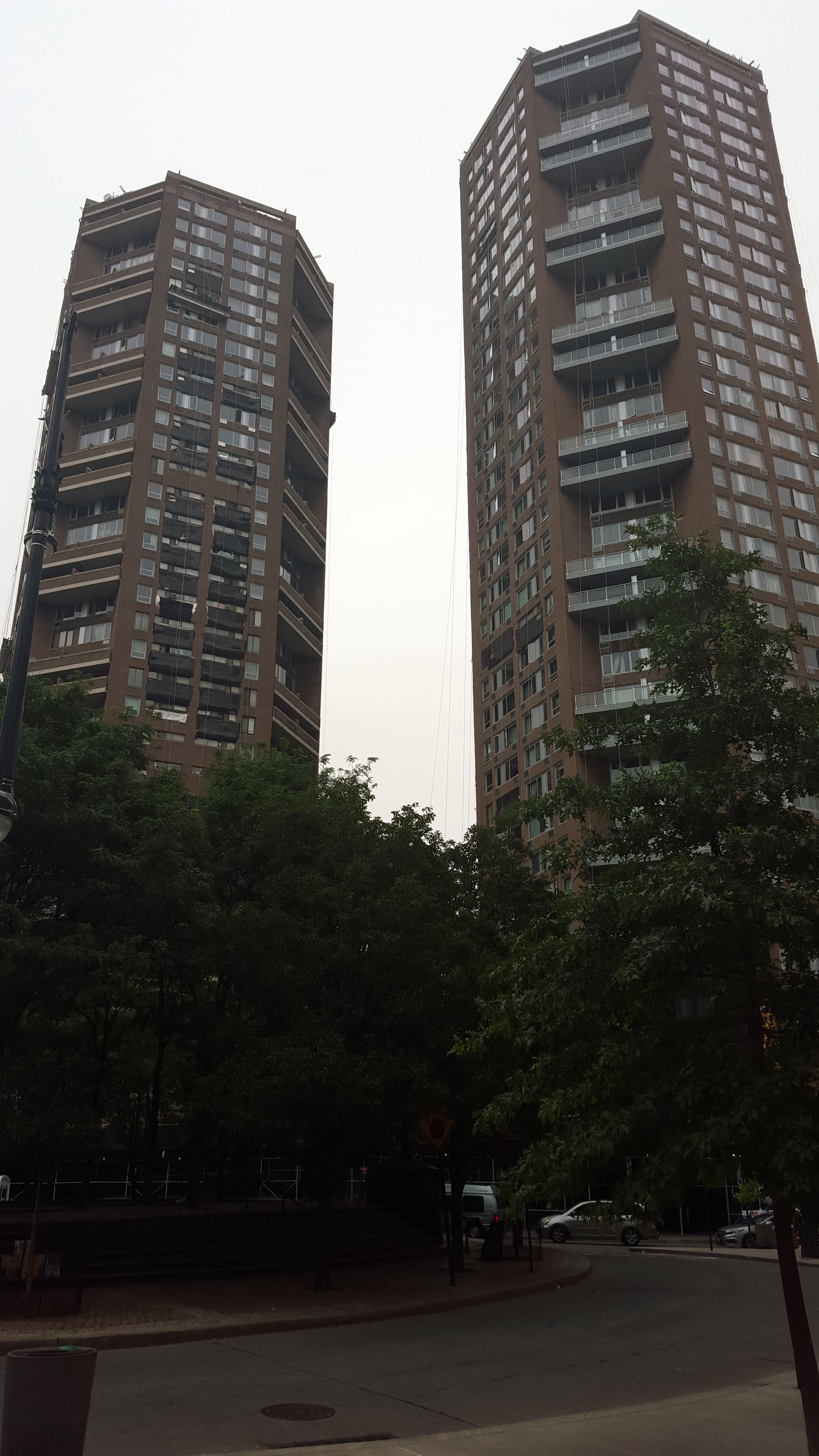 A robustly handsome pair of towers finished off in the rough-treated “corduroy” concrete beloved of Brutalist architects, the Arthur A. Schomburg Plaza, also known as 1295 Fifth Avenue, were completed in 1975 as mixed income housing.  Architects Gruzen & Partners, working with   Casto-Blanco, Piscioneri & Feder, produced a pair of 35-story octagonal towers that are… Continue reading 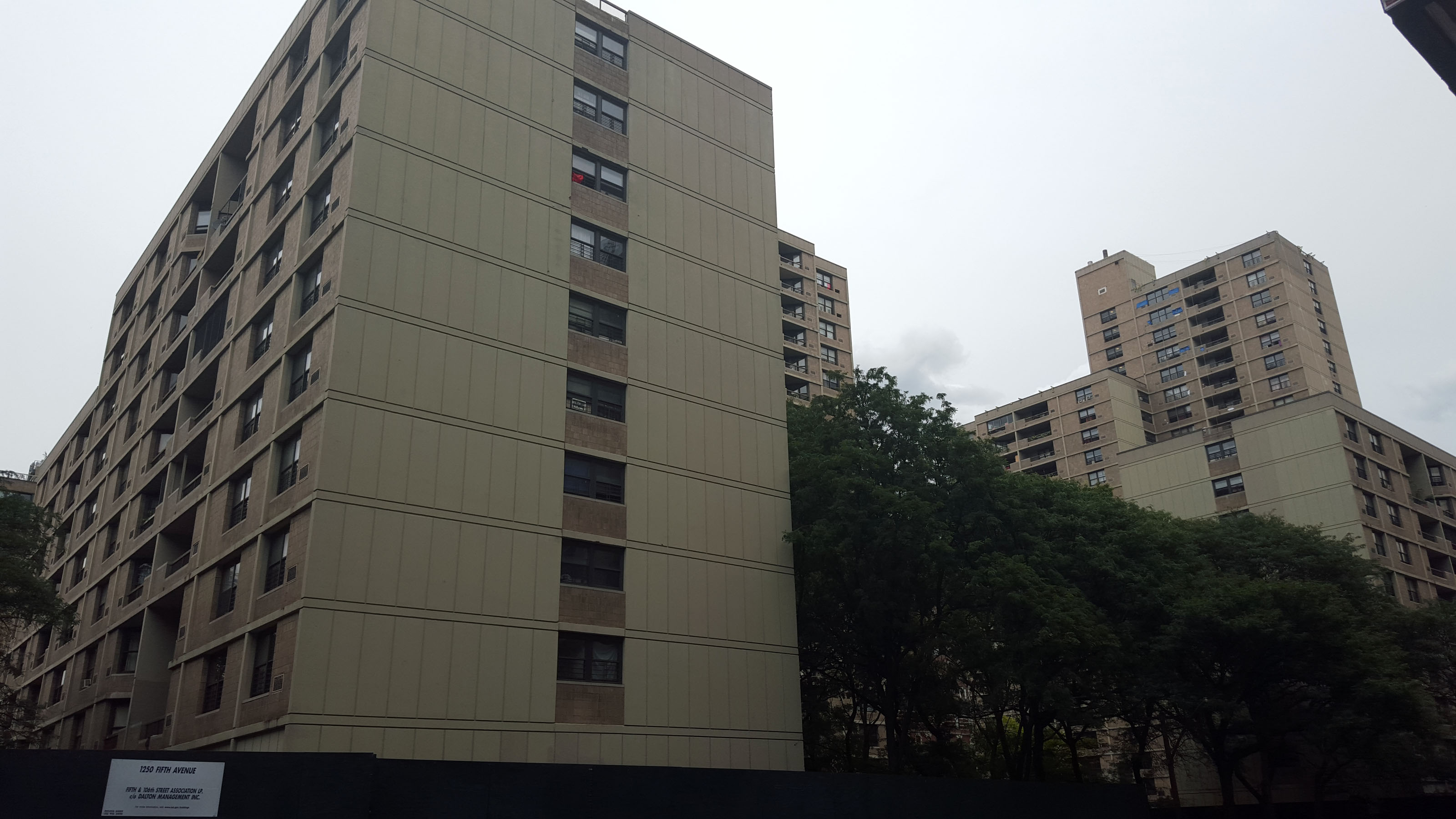 One has to stretch a point and call the placid little Harlem Meer a lake for the name of this heap of concrete to make what little sense it does.  Arranged as a series of towers that fill its block, Lakeview Apartments has at least the virtue of an unflinching commitment to its style, in… Continue reading