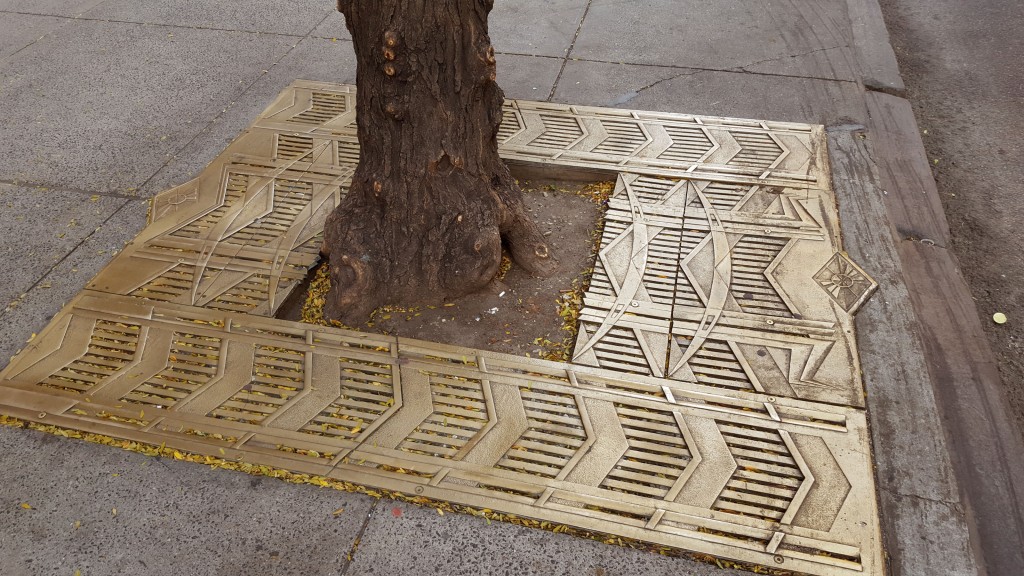 A spectacular collection of Art Deco buildings and the largest single construction project in the world when built, Rockefeller Center is one of the glories of American urbanism.  Built between 1930 and 1939 with Raymond Hood as the chief architect, the complex was funded by John D. Rockefeller Jr., who had originally planned to incorporate a new home for the Metropolitan Opera. Delays on the side of the opera company led to his striking out alone; the end result consist of 19 commercial buildings between 48th and 51st streets, spanning the area between Fifth and Sixth Avenues.

Ironically, Rockefeller was reluctant to name the complex after his family – Ivy Lee, credited with many as the founder of modern public relations, persuaded Rockefeller to do so in order to attract wealthy and powerful clientele.

The image shows one of the sidewalk grates that surround the complex’s trees.

Rockefeller Center has been a National Historic Landmark since 1987.