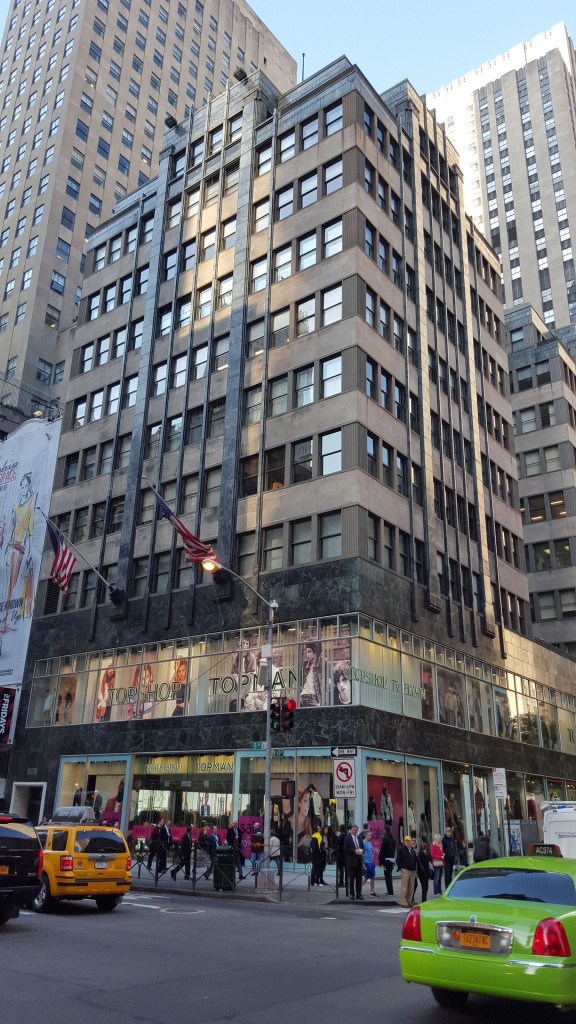 A beautifully modulated and detailed Art Deco building, 608 Fifth Avenue, the Goelet Building, was commissioned by the aristocratic family of the same name whose house stood a block south across the street.

Designed by Victor Hafner with the engineer Edward Hall Faile, the building has been praised by architectural critic Paul Goldberger as “New York’s early modern gem.”

The extraordinary lobby is an enchanted undersea lagoon, all sea-green and silver bubbles.