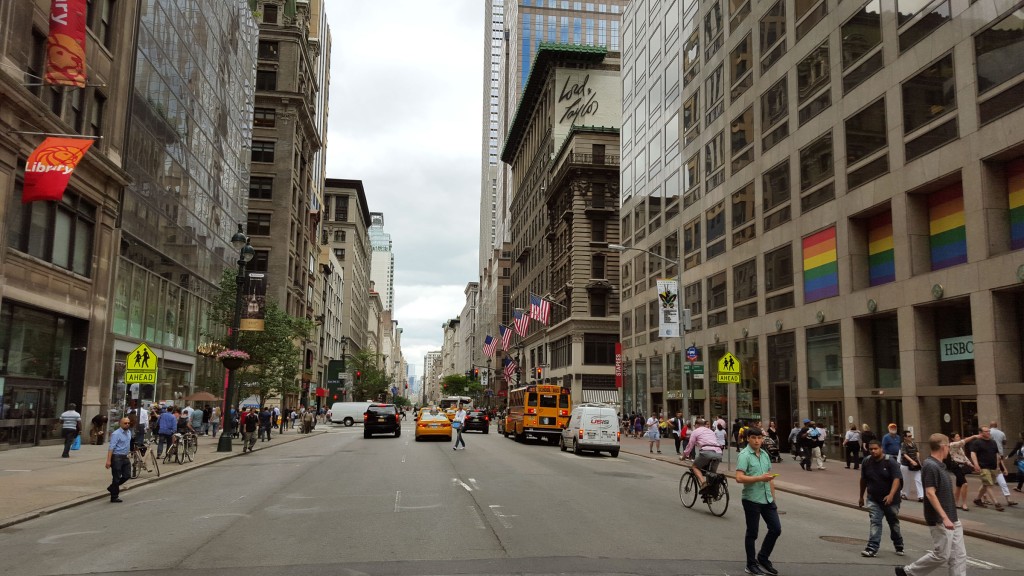 Named after the 18th century estate of the prosperous Murray Family, whose mansion stood on a now-removed glacial mound, Murray Hill is today a pleasant mix of office buildings, shops, apartment houses and residences, including some of Manhattan’s finest surviving brownstones.

Stretching from 34th to 42nd Streets and from Fifth to Lexington Avenues, the neighborhood marked the uppermost borders of New York for much of the 19th Century.  The corner of 42nd Street and Fifth Avenue was dominated by the great Croton Distributing Reservoir, the primary source of the city’s drinking water until its removal in the late 1890s.  A fragment of the reservoir’s foundation was incorporated into the New York Public Library’s grand main building, which replaced it.

Considered a slightly old-fashioned upper-middle class neighborhood for much of the 20th Century, Murray Hill has been enlivened from the 1990s onwards by a population of recent college graduates settling into their first post-dorm apartments east of Lexington Avenue.

A number of prestigious educational institutions, foundations, diplomatic consulates and literary organizations are based in Murray Hill, as well as the magnificent Morgan Library & Museum.

The stretch of Fifth Avenue that passes through Murray Hill essentially divides the neighborhood from the more historically industrial Garment District to the west.  Notable Fifth Avenue buildings includes two of the city’s most historic department stores; a number of significant early skyscrapers; what is arguably the best Fifth Avenue design of the 21st Century (as of yet); and the Main Building for the New York Public Library, one of the country’s greatest Beaux Arts public buildings.

Despite the removal of the Murray Estate’s hill, a noticeable slope still remains, rising gently from 34th to 40th Streets before descending at a slightly steeper angle on Fifth, Madison and Park Avenues to 42nd Street.  People crossing Fifth Avenue at 40th Street have perhaps the best view of the avenue as a whole in the city: the arch of Washington Square is visible to the south and the tree crown of Central Park (during summer months) to the north.

At only eight blocks, Murray Hill is one of the smaller neighborhoods on Fifth.