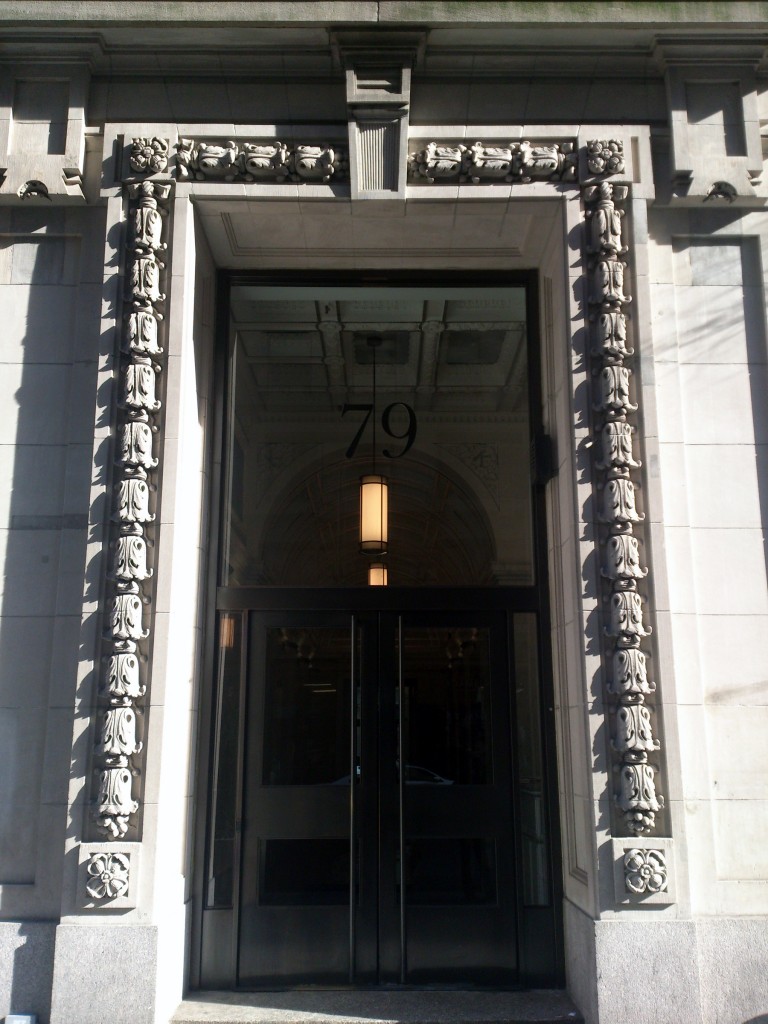 A behemoth clad in limestone, brick, and terra cotta, The Knickerbocker Building at 79-83 Fifth Avenue features ornament derived from highly stylized and over-scaled Renaissance and Viennese Secessionist forms. Designed by Albert S. Gottlieb, it was built for Jacob Rothschild, Jr.; it was widely praised in its time for its up-to-the-minute mix of functions, fireproofing and, as the Landmarks Commission notes, “its contributions to the art of the modern office.”

The original design was for an 11-story structure, but the project proved so popular that the building was expanded during planning and construction to 15 and finally 16 stories. The final increase took the form of an extra story slipped in above the twelfth floor without otherwise modifying the design.

The Knickerbocker Building’s name references a term for the old Dutch families that first settled New York City; along with the Stuyvesant and Schuyler Buildings across the street, this represents an early form of branding a thoroughly modern development with an air of antique respectability.

The barrel-vaulted lobby, visible through the glass doors in this picture, has been handsomely restored.