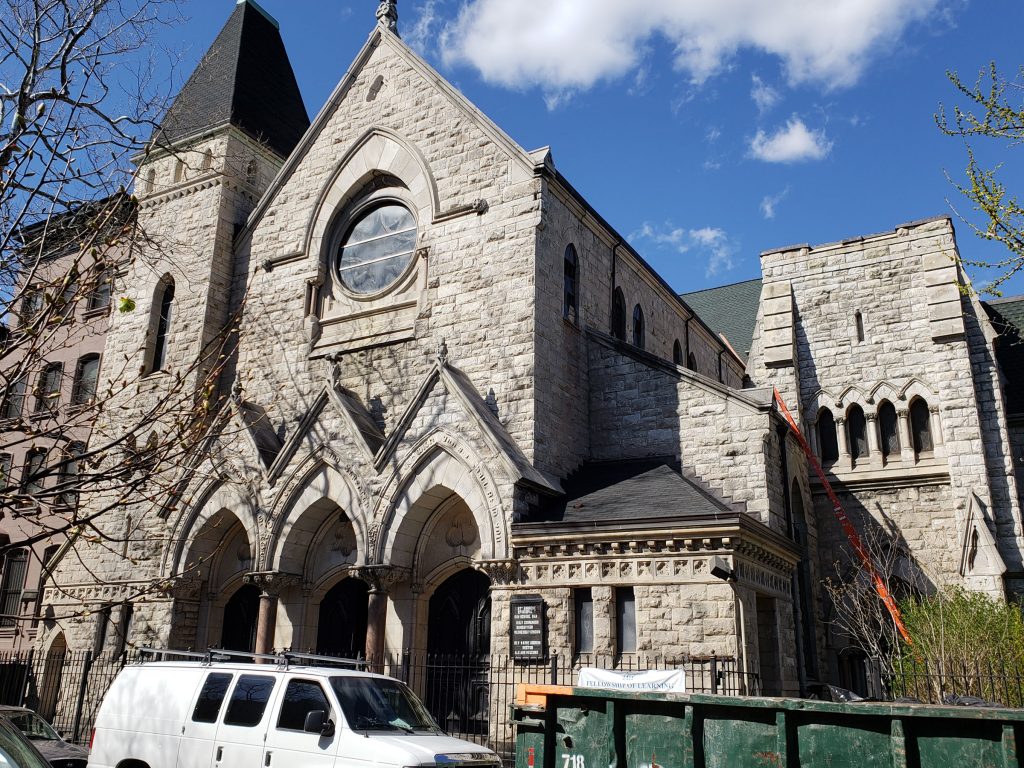 St. Ambrose Episcopal Church at 15 West 130th Street is a craggy structure designed by James W. Pirsson in 1873-1875 for the Presbyterian Church of the Puritans.  Grounded in the Romanesque Revival work popularized by the great Boston-based architect Henry Hobson Richardson, it packs a monumental sense of mass into a relatively small structure.

Pirsson was a founding member of the firm of Hubert & Pirsson, an innovative but mostly forgotten firm who did much to create the trend of cooperative apartment house living and whose best known surviving work is undoubtedly the infamous Chelsea Hotel on West 23rd Street, center for the Warhol Factory movement in the 1960s and 1970s.

The Church is currently undergoing renovation.