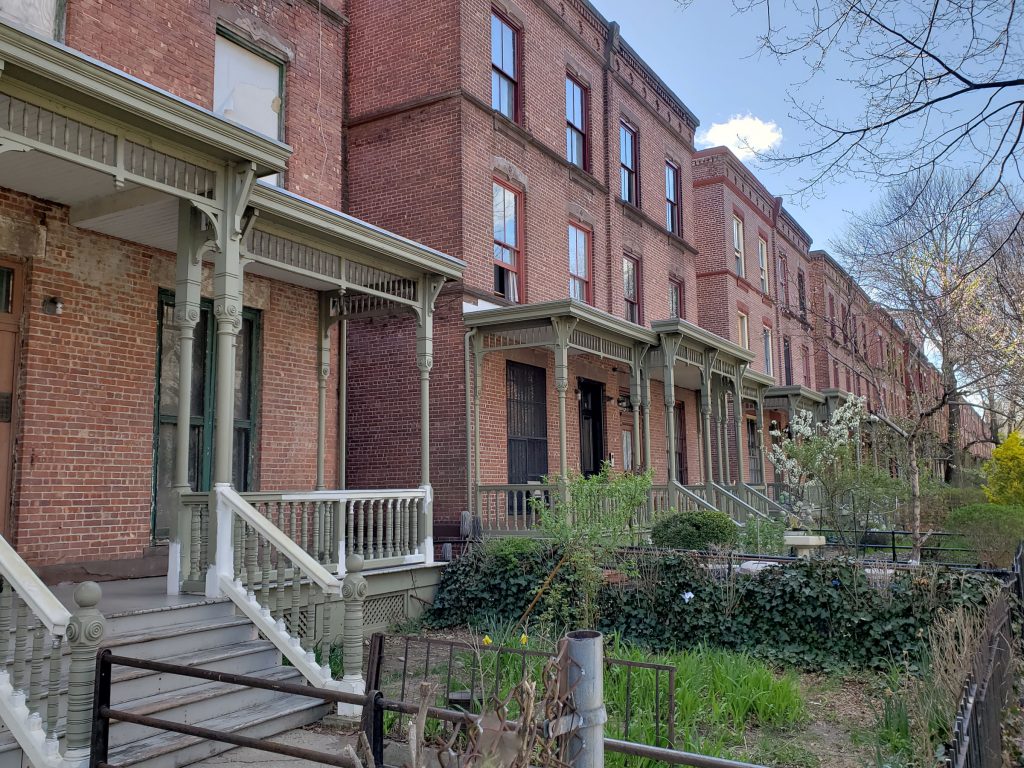 Astor Row at 8-62 West 130th Street – a remarkable row house development consisting of 26 double houses kitted out with unique Eastlake “spoolwork” porches and restrained brickwork.  Developed by the Astor Family in the early 1880s and designed by Charles Buek, they feature generous front and side yards – then as now a rarity in Manhattan.  Home to numerous of the Harlem Renaissance’s major figures, they faced near-ruin in the 1970s, but have fortunately been undergoing a decades-long restoration overseen in part by architects Roberta Washington and Li/Salzman; in 1992 Ella Fitzgerald sang a concert at Radio City Music Hall to help raise funds for the project.

Astor Row was landmarked by the city in 1981.