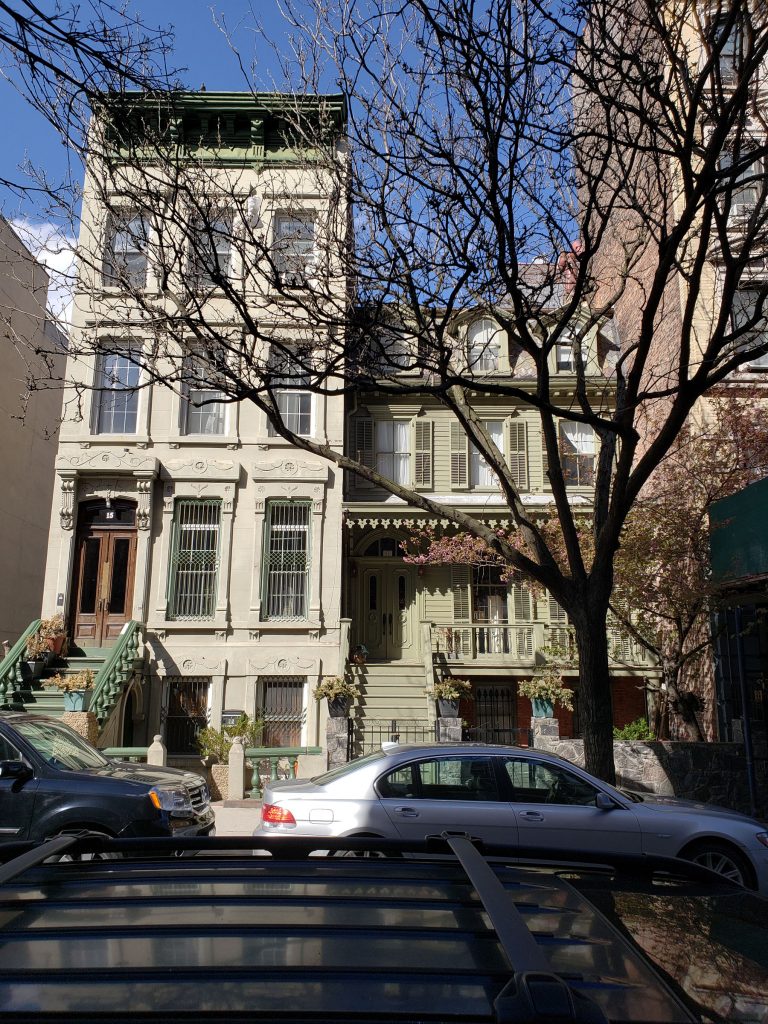 15 and 17 East 128th Street are a charming pair of neighbors, with the former’s Italianate detailing a catalogue of Neo-Grec effects and the latter surviving as one of New York’s earliest surviving houses in the French Second Empire style.