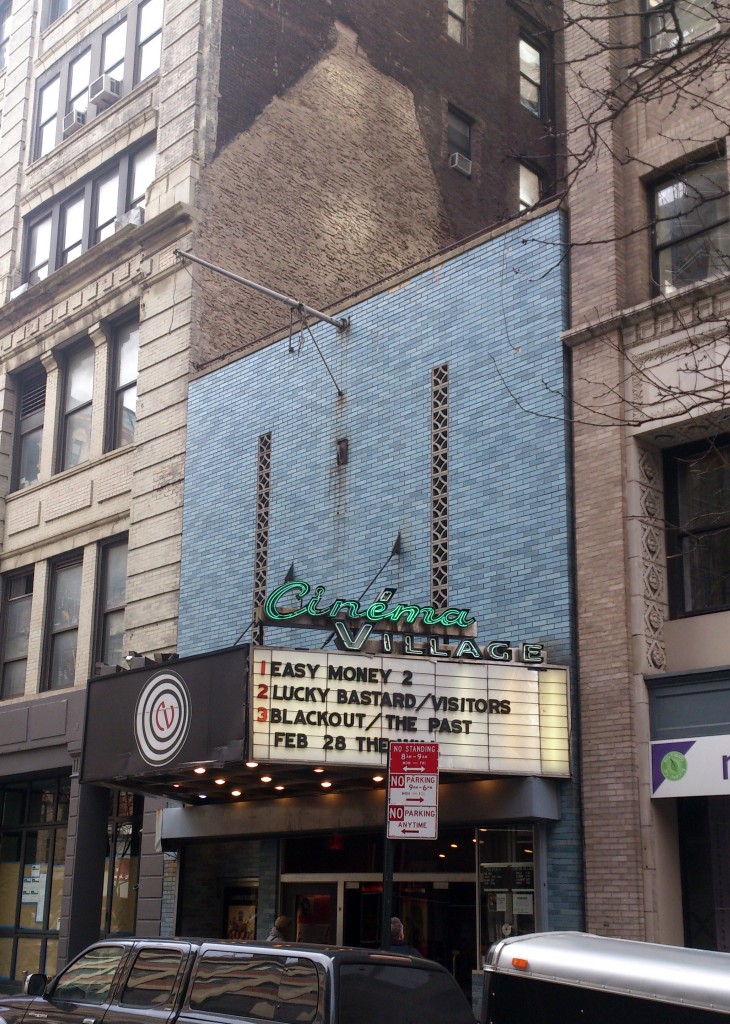 The oldest continuously operated movie theater in Greenwich Village and one of New York’s last classic independent theaters, Cinema Village was built in 1963 in the shell of a historic fire station at 22 East 12th Street.  Its cheery blue brick façade and classic neon marquee give a welcome splash of Pop Art color to the neighborhood.

Run as a repertory cinema for its first three decades, Cinema Village showed films after their initial theatrical run – the only way to see such movies prior to the VCR and cable television era.  As home video encroached on this market, Cinema Village switched to a highly idiosyncratic program of indie films, cult cinema and Asian movies, developing a strong profile in the Hong Kong cinema community with the films of Jackie Chan, John Woo, Michele Yeoh and others all gaining their first mainstream acceptance here.

The theater is a three-screen facility and is available for private screenings.  Its survival is a testament to dedicated management and patronage alike.