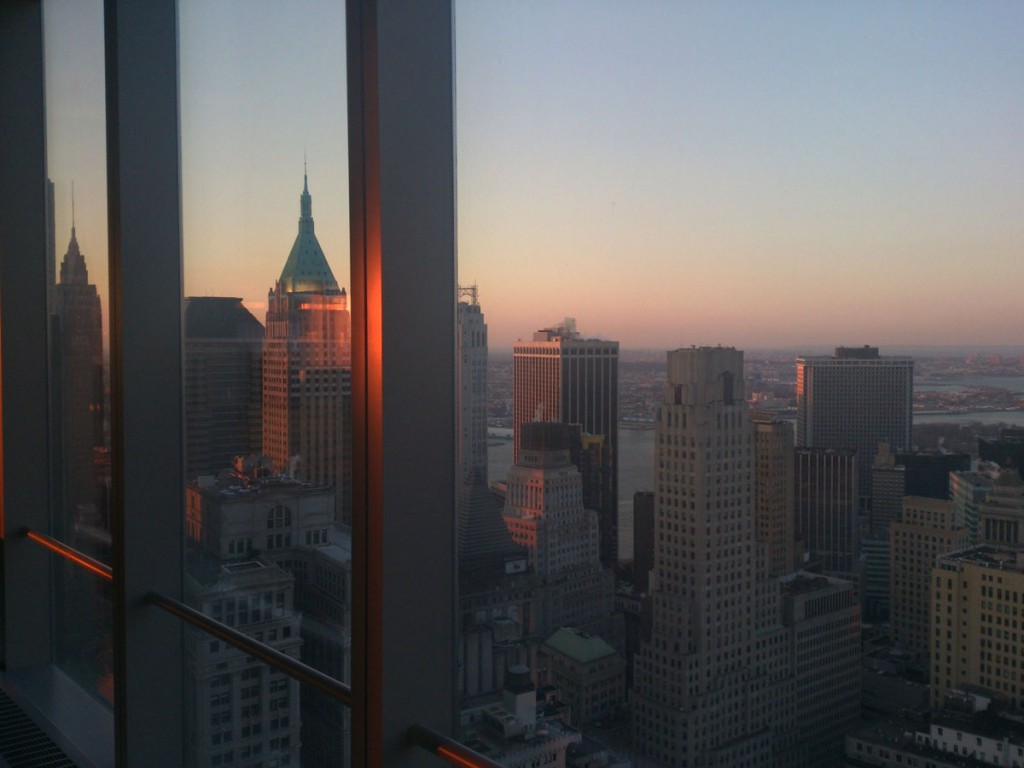 Landmark Branding was excited to attend the recent Bisnow Fifth Annual New York City Multifamily Summit, which took place March 27th on the 54th Floor of 4 World Trade Center, one of the district’s newest and most impressive landmarks.  Speakers included Steve Witkoff, Founder of the Witkoff Group; Francis Greenberger, Chairman and CEO of Time Equities; and Stephen Palmese, Senior EVP of Sales at Massey Knakal.  Ronald Kaplan of Cohn Reznick and Belinda Schwartz of Herrick, Feinstein LLP served as moderators, with Bisnow’s own Miles Bloom as the ever-energetic Master of Ceremonies: the panelists discussed current trends, the impact of the economy and job growth on the market, capital markets and investment activity, and the effect of new requirements in sustainability and innovation on development.

The program’s distinguished speakers vied with the spectacular views from the “raw space” floor, access to which was provided by Silverstein Properties, a hosting sponsor.  A diverse crowd of real estate professionals attended: we were pleased to catch up with Michael Duckfield of Vidaris, another sponsor, and Peter O’Brien of Honest Buildings.

Architectural pictures are taken by David V. Griffin and attendee pictures by Erika Koop-Philbin; the latter are reproduced here by kind permission of Ms. Koop-Philbin and Silverstein Properties. 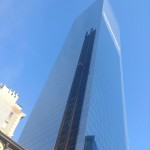 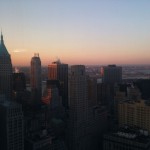 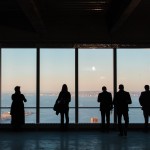 Event attendees taking in the south view from the 54th Floor of 4WTC. 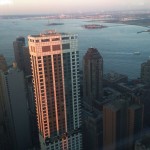 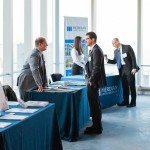 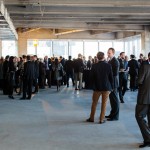 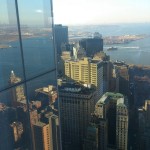 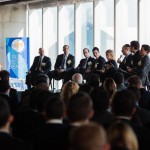 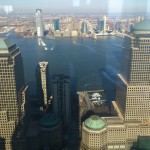 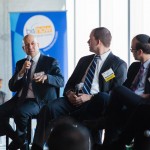 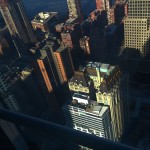 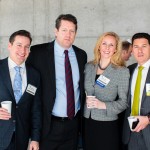 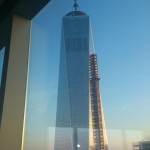 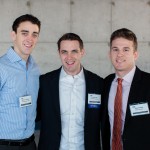 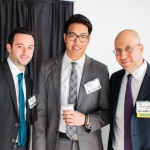 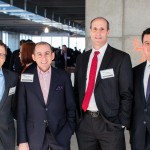 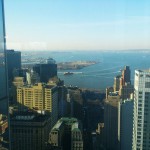 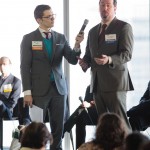 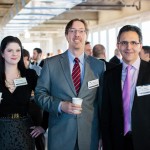 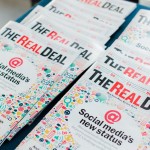 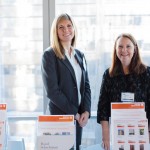 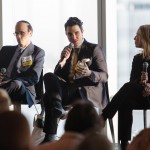 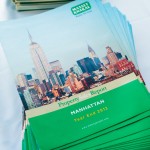 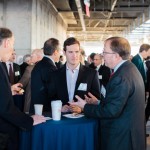 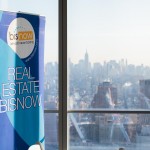 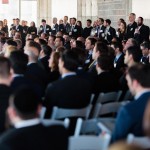