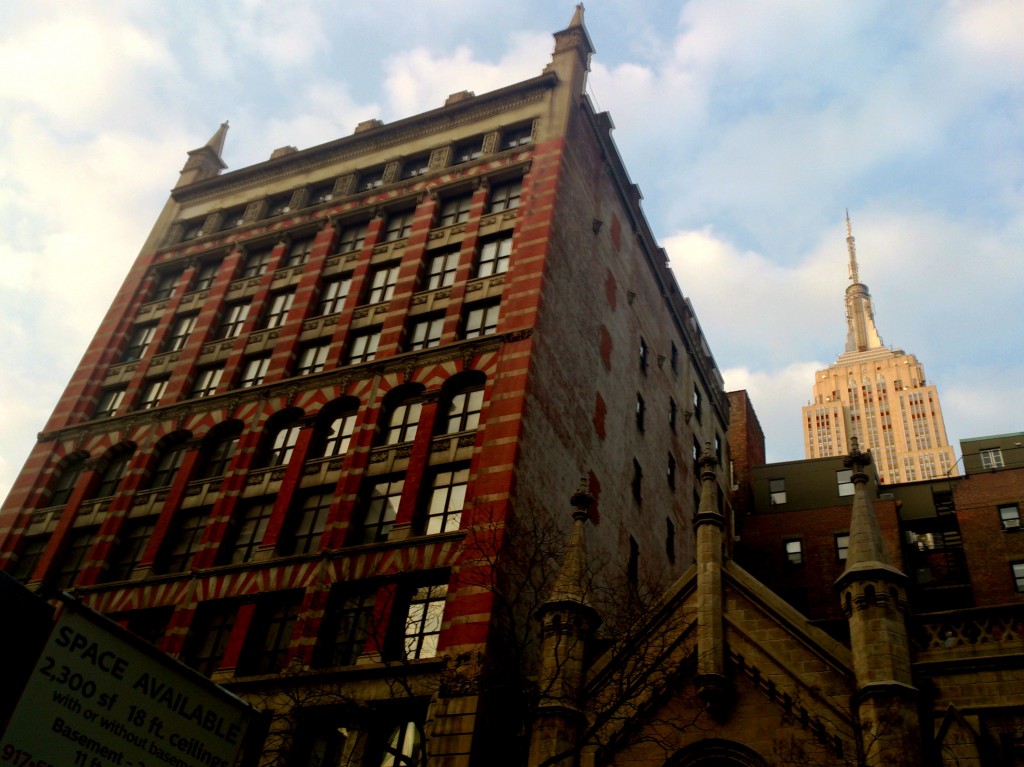 Landmark Branding was disappointed to learn of the current demolition of the Bancroft Building, former home of the great photographer Alfred Steiglitz’s Camera Club and a notable design from the talented 19th and early 20th century architect R. H. Robertson.

Shown here directly abutting Marble Collegiate Church to the east, this splendid structure could have easily taken its place among the many renovated buildings of NoMad’s new hotel district, a unique stretch of Fifth Avenue and Broadway that boasts some the city’s finest early skyscrapers, many now converted into magnificent hotels.

Instead, it appears that developer HFZ Capital plans to replace the the Bancroft Building with an uninteresting glass stump, ironically contributing to the destruction of the remarkable historic atmosphere that made the neighborhood so enticing to luxury hotel redevelopment in the first place.

The building is well into the process of being dismantled.

One response to “Just Off Fifth: The Bancroft Building’s Demolition”